By The Football History Boys - January 18, 2014
In February 2013 up in the attic bedroom of our student house, Gareth Thomas, Ben Jones and Ollie Jackson after another prolonged football debate decided it was time we did something about the question, 'Who is the best player in the World?'. Housemate Liam suggested setting out to find the greatest 50 players of all time, this swiftly grew to 100, 150 and 200 before we settled on 250. Our original website www.top250.webs.com is still there to answer the debate but we furthered our work to blogging about the beautiful game starting up www.thefootballhistoryboys.blogspot.com. 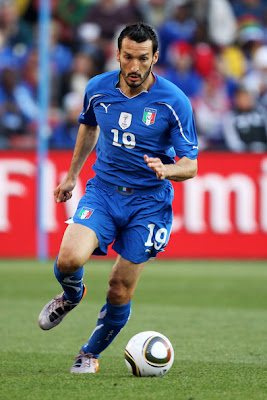 "Zambrotta is a versatile defender, being just as effective on the left side as on the right. He has played for a host of top clubs such as Juventus, Barcelona and AC Milan, each of which he was a consistent name on the team-sheet. Being able to hold a place in these prestigious teams shows just how good a player he was, being part of another generation of incredible Azzurri quality."
GiveMeSport.com

"Game in, game out, Lucio was the rock of his country's defence. Comfortable bringing the ball out, he was also excellent at linking the team together. Indeed, his passing was often more positive than that of the midfielders in front of him. Crucially, with his aggression under control, he seemed to spread certainty through the ranks that Brazil would prevail in the end."
Tim Vickery, BBC Sport

"Rated by many as THE greatest Liverpool goalkeeper of all-time, Ray Clemence was undoubtedly the finest stopper in Europe during the seventies and one of the key factors in the Reds unstoppable march to glory during a success-strewn Anfield decade. An unflappable, reassuring presence between the sticks, Clem possessed the safest hands in the game and inspired confidence in those around him."
Mark Platt - Liverpool FC (PWSTK)

"He was a diamond. If I was a manager and was able to buy any player who has played the game, I would buy Finney."
Tommy Docherty

"Watching him, you knew fine well that the full-backs had had it. He was just too good for them. Occasionally I had the pleasure to play with him and it was the greatest pleasure anyone could ever give me."
Sir Bobby Charlton

"In the first years of the Premier League, there was no hotter property up front than Andy Cole. The Newcastle striker was vital in establishing the Magpies as a top-division force, and continued to score goals after a big-money move to Old Trafford. With 187 goals, only Alan Shearer has been more potent than Cole in the Premier League. In terms of titles, however, the Manchester United star's five Premier League medals easily outstrip the solitary success of 1994-95 title managed by Shearer."
BleacherReport.com

"Claudio Gentile is, without a doubt, one of the toughest defenders to grace Italian football throughout the 1970s and 1980s. Nicknamed ‘Qaddafi’ - since he was born in Libya - Gentile was a hard, uncompromising man. Several famous attackers during that era have fallen prey to his ruthless defending style, which was anything but gentle. In fact, he stressed the importance of not committing nasty fouls so as to avoid sending off. In his entire career, Gentile was never sent off for a hard tackle on the pitch. Gentile’s retort to Maradona’s complaints after their 1982 tussle sums up the image of the fearsome defender: 'Football is not for ballerinas.'"
FootballItaliano.co.uk

"Daniel Passarella was unquestionably a formidable defender, the type not even the bravest forwards liked to come up against. Yet it was not just strikers who feared him: with his deadly left foot, a leap any basketball player would be proud of and a fierce header, the most prolific centre-back in Argentinian history was also a handful for opposition goalkeepers."
FIFA.com

"Nordahl though was the main man, the one Super Mario will be hoping to emulate. Gunnar Nordahl scored a sensational 210 goals in 257 games and has only recently been knocked into third in Serie As all time goal scorers list behind Silvio Piola and Francesco Totti (both of whom who have played over 500 times however). Nordahl is Milan’s all time leading scorer, holds the league record for most season top-scorers with 5 capocannonieri and has the best Serie A strike rate ever with 0.77 goals/match (225 in 291 total). Nordahl won 2 Serie As, 4 Italian Cups and 2 Coppa Latina retiring with a career total of 422 goals in 504 games."
Gareth Thomas - TFHB - Balotelli, Niang and El Shaarawy: The Rossoneri Revolution?

No quotes for Geoff - we thought we'd bring the infamous World Cup Final "Wembley Tor" goal instead...after all it does decorate our background!