Showing posts from April, 2013
Show All

2006 World Cup: The Battle of Nuremberg

More cards than at Christmas The FIFA World Cup is football's biggest event and continuously displays football of the highest quality and matches to remember. In previous blogs we've acknowledged the power the tournament has to reforge friendships between nations and the amazing underdog story of the Miracle of Bern in 1954. However, during the 2006 World Cup, staged in Germany, the most unbelievable and insane match I have ever witnessed took place. The ideas of fair-play and fairy-tale stories seemed a distant memory as Holland took on Portugal in a first knockout round clash. Prior to the knockout rounds of the 2006 World Cup, the tournament was proving to be somewhat of a footballing success. Unlike the defensive and timid nature of the last World Cup in South Africa , the German tournament provided a more attacking a diverse group stage. Of course there was the odd goalless draw and scrappy 1-0, but the opening match between Germany and Costa Rica set the pace after
Post a Comment
Read more 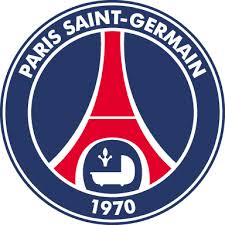 Last night (10/4/13) we saw Paris Saint Germain bravely fight for a place in the semi finals of the Champions League, ultimately being overcome in Spain by the away goal rule and the might of FC Barcelona  but how much do we know about their history? You may think looking at their crest it's pretty obvious... You can gather they were formed in 1970 (strangely late?) and there's a big Eiffel Tower (to be expected!) but if you look closer you notice some other things, a fleur de lys and a baby carriage?!  PSG were formed on the 12th August 1970 out of a merger of 2 teams: Paris FC and nearby club Stade Saint-Germain . The decision was made that the capital needed an elite club. Spain had Real and Atletico Madrid , Italy had Roma  and Lazio  and London had its various teams but Paris lacked their star; with  FC Red Star the only team of note in the first division languishing at the bottom of the league. Paris FC had only been founded the year before but when a group of busi
2 comments
Read more
More posts