Showing posts from July, 2013
Show All

The 1930s, perhaps the twentieth-century's most turbulent decade for change and international relations, which saw the rise of fascism in Germany, Italy and Spain as well as the ruthless communism of Josef Stalin's Soviet Union. However, when it comes to football the game continued its growth into the superpower we see today. The decade brought us the first three World Cup's, famous matches and the birth of rivalries still played with the same passion in the modern game. Of course, in 1930 the Football League was still the World's most successful league, already almost 40 years old providing some of the greatest teams the game had ever seen, like Herbert Chapman's Huddersfield Town and later Arsenal sides as well the FA Cup. Globally the late 1920s had finally supplied the football fans from Italy and Spain with their own leagues, known respectively as Serie A and La Liga. German football would also continue to develop in the 30s, even with the dark shadow of N
Post a Comment
Read more 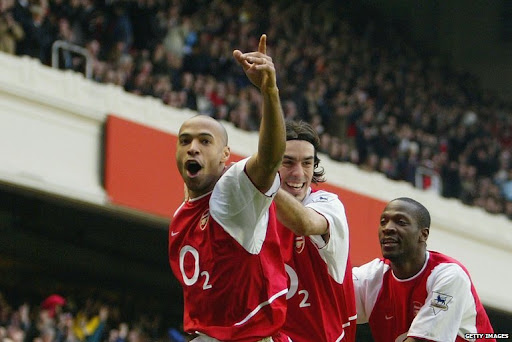 The  Invincibles , a team that perfectly defined the philosophy and ideology that  Arsene  Wenger had sought to bring to the English game since his arrival at Arsenal in 1997. The 2003/04 squad were suitably nicknamed the  Invincibles  subseque nt to the campaign as a result of the unheralded achievement in the modern era of completing the entire season without losing a single match. Despite only being 10 years old at the start of the invincible season, my passion (or as it was then, more of an o bsession) for Arsenal and domestic football was perhaps at its peak. Although being young I still to this day feel privileged to have witnessed, albeit from the safety of my sofa, such greatness unfold on the pristine grass stage that was  Highbury .    The  I nvincibles  are quite rightly viewed as the strongest squad assembled by   Arsene  Wenger during his time at Arsenal . The team possessed a combination of strength, guile and outstanding team chemistry that helped shape an u
Post a Comment
Read more

The Premier League: A Transfer Crisis? 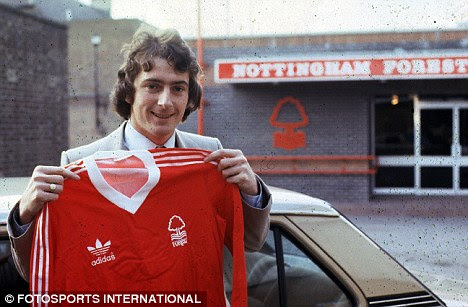 This year marks the 150th anniversary of the FA and its codified rules and football has come a long way since its official birth. With it have the transfers of its players. There seems to be a consensus that it has only been in recent times in which transfers have caused uproar. This is in fact is untrue as even as far back as 1905 there was surprise and uproar surrounding the transfer of Alf Common to Middlesbrough from Sunderland for the first four figure sum of £1000. 1979 saw the first British £1m player (if you include VAT) in Trevor Francis as he moved from Birmingham to Nottingham Forest going on to win the European Cup in the same year.  Trevor Francis became the first British £1m player when he joined Nottingham Forest Fast forward 30 years and the record fee of £80m (€94m) paid for the supreme talent that is Cristiano Ronaldo could definitely have been better timed. Amid the height of the financial crisis Florentino Perez , in his second spell at the Bernabeu, app
Post a Comment
Read more

Hugging the Mediterranean coast, Croatia, the country that brought you the cool manager, King’s Landing and the Dalmatian, has a rich football history given its relatively short lifespan as an independent country. Just before independence was gained from Yugoslavia, Croatia formed its national team in 1991 and gained FIFA membership in 1993, slotting in at a pitiful 125 th  in the world. Five years later however, Croatia was sitting pretty as the third best team in the world and have enjoyed great success over the last 14 years.  10,000 miles away, on Australia’s south western tip lies the state of Victoria. Australia, a country dealing in arrogance, sporting achievement and always a good laugh, has for some time been known as one of the big football powerhouses in the East. Despite the stereotypical view of a lack of footballing prowess in Oceania and Asia, Australia have been able to hold their heads high. Including Brazil 2014, it will be the Socceroos' 3 rd  consecutive wor
Post a Comment
Read more

Over the years Serie A, affectionately known as “Calcio” by its fans and followers, has played host to some of the world’s greatest names, its most dominating teams and astute managers. Picking an XI that encompasses the entire history of a league from a country that has won the World Cup four times and the Champions League/European Cup 12 times is an astonishingly difficult feat, and there were some difficult omissions. However, I’ve tried to be as all-encompassing as possible – the temptation to dip into the Serie A glory days of my own personal memories were great, but there were more worthy names from earlier generations that could not be ignored. Anyway, without further ado – here is the line-up. Remember, this is completely subjective and just my opinion – so feel free to discuss and debate with me on Twitter @SamCalcio . Pre-note: Despite its relatively modern arrival into the world of tactics, I went with the 4-2-3-1. I did this for two reasons: 1) I needed a back f
7 comments
Read more
More posts