Showing posts from May, 2020
Show All

A Brief History of Extra-Time

Throughout football’s history, extra-time has brought with it some of the most dramatic and glorious passages of play. In cup matches, when teams are tied after 90 minutes, an extra 30 minute period is called to help decide the winner. For some, this provides an additional period to help establish their dominance, with others using the 30 to physcologically wear away at the opposition in order to gain an advantage before the dreaded penalty shootout. Many of the game's defining moments have appeared in extra-time and its history is far deeper than many would believe. It comes as a relative surprise to see that extra-time is nothing new to football. Indeed, the 1875 FA Cup Final was the first major game to feature an additional 30 minutes as the Royal Engineers searched for a maiden cup triumph over the Old Etonians. Even this wasn’t the first example of its use, or potential use in football. The first season of the FA Cup saw a semi-final tie between eventual winners the Wanderers
Post a Comment
Read more 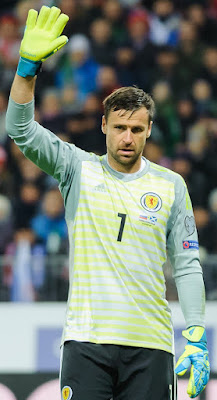 As part of a series of Scottish football history articles written for us by radio presenter Alex Horsburgh, today he attempts to get the much maligned Scottish goalkeeper out of jail with an explanation as to why this figure, so often connected with calamity, is maybe an innocent party... The Scottish goalkeeper has been a figure of fun for many in other parts of the UK in the post WW2 era of football. Read any retro football, or just any football, social media page, even today, and the case for the defence when it comes to the man "between the sticks" from North of the border is more a pamphlet than a dossier. Although, to be fair your honour, I would suggest the prosecution is largely viewing the defendant through a false media narrative eminating from London.  David Marshall, a solid Scottish keeper of recent years When did all this "Scotch goalie" stuff start anyway? Who made the decision that a Scotsman was uniquely incapable in that position? The l
Post a Comment
Read more 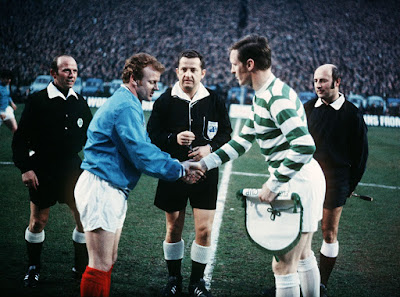 As part of a series of Scottish football history articles written for us by radio presenter Alex Horsburgh, today he looks at the nearly men of Parkhead and why they failed to emulate the famous Lisbon Lions... We know Celtic were the first British team to win the European Cup in 1967 with a famous 2-1 win over Inter Milan in Lisbon, but the Glasgow side went oh so close to appearing in two other finals before the mid 1970s, and it is also 50 years since they blew their chance of winning a second EC final in three years.  Celetic were semi-final victors over Leeds United in 1970 In May 1970 Celtic were odds on favourites to claim a second European Cup in three years as they travelled to the San Siro in Milan to take on Feyenoord of Rotterdam. Following two battle of Britain wins against Leeds Utd which saw them triumph 3-1 on aggregate in a semi final that, for many football supporters across Europe, was the pairing that should have graced the iconic Italian venue in the fina
Post a Comment
Read more 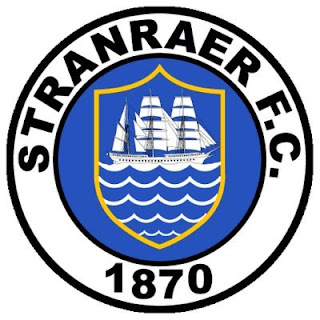 As part of a series of Scottish football history articles written for us by radio presenter Alex Horsburgh, today he  takes a Tardis from Stranraer's founding year of 1870 through, to 2020 and stops off at the occasional successes of the little team from Stair Park... One of the three oldest clubs in Scottish football and one of the 20 oldest football clubs in the world. For most, Stranraer Football Club are no more than a name on a coupon or a team Jeff Stelling mentions with 200 others on Sky Sports on a Saturday afternoon; but with matches being organised in this outpost of British football since 1865, according to historians, the Wigtownshire blues can rightly lay claim to getting the game going north of the border, along with the Fitba' professors of Queens Park (1867) and the innovators of Kilmarnock (1869). Stranraer Football Club will very shortly celebrate their 150th birthday, albeit locked down like the rest of us, and what a fine achievement that is for one o
1 comment
Read more

When football supporters harken back to the fast and free days of the North American Soccer League (NASL) they think of the New York Cosmos, Pele, George Best, Johan Cruyff, and the Cascadia Clubs. The 70s and early 80s saw a lot of stars in the twilight of their careers in a new land that was willing to pay them for the first time. To kickstart the league, the organizers decided to staff most of the clubs and the league office with people from the United Kingdom. Alongside the influx of British administrators came players from across the country. The Fort Lauderdale Strikers followed suit by bringing in Ron Newman, a former winger for Gillingham. Ron came over in 1967 to play with the Atlanta Chiefs for a new challenge in football. Two years later when his career was finished, Ron took over the NASL club Dallas Tornado. The Tornado gave Newman his first taste of championship gold with indoor and outdoor championships in 1971. Eventually, he made his way to an intriguing chall
Post a Comment
Read more 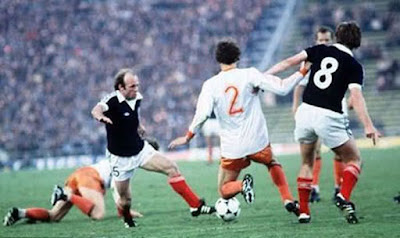 As part of a series of Scottish football history articles written for us by radio presenter Alex Horsburgh, today he looks at five of the great goals scored by the Scottish national team... 50 years of hurt? -  Qualifying triumphs and tournament tragedies from 1970 until 2000 sitting side by side with highs, and mostly, lows in more recent times. Who'd be a member of the famous tartan army? Scotland might not be successful but they are seldom boring too as they can always find a way, whatever the era, to flatter then deceive, raise hopes then dash them. Let's explore five Scottish international goals that sum up the genius and insanity that is the international wing of the game North of the border. 1. Archie Gemmill v Holland 1978 The goal of the tournament in World Cup 1978 Argentina, and goal of the century as far as any Scotland supporter is concerned. This was Gemmill's second of the match (his first a pen) and added to a Kenny Dalglish opener to put Scotland 3-
Post a Comment
Read more
More posts