Showing posts from May, 2013
Show All

Paolo Di Canio was an Italian footballer with a remarkable playing career which spanned 23 years and was often shrouded in controversy. He became a much debated figure and was renowned both on and off the pitch. His misdemeanors included an eleven match extended ban and a £10,000 fine for pushing a referee to the ground after being sent off for Sheffield Wednesday against Arsenal in 1998. What is more, he had rows with a number of his former managers, including Giovanni Trapattoni (which resulted in Di Canio leaving his then club Juventus) as well as Fabio Capello.  Celebrating versus Everton - Mad man? Perhaps his most noted incidents involved his political stance. His Roman salute to Lazio fans has become, for many, a symbol of Di Canio as well as his self-proclaimed Fascist status which also caused a stir amongst the footballing and political worlds. His list of incidents make Mario Balotelli look tame and this generally overshadows his footballing achievements. Ju
Post a comment
Read more

Bela Guttmann - A Story That Needs To Be Told 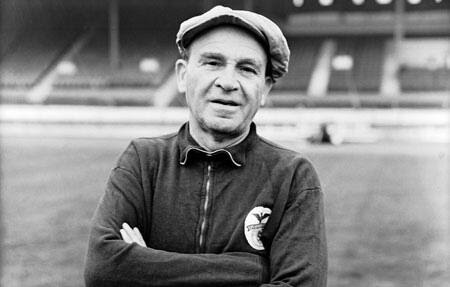 Bela Guttmann  22 different clubs, 13  different countries, 2 European Cups, a curse that still exists to this day and one of football’s greatest journeymen, it’s safe to call Bela Guttmann a trailblazer! Born in 19th century Austria-Hungary to a Jewish family, Guttmann is regarded by many as the original Brian Clough or Jose Mourinho . A controversial figure from the outset he never stayed at a club from more than 3 season because by his own admission “the third season is fatal” (similar to Pep Guardiola’s sentiments after 4 years at Barcelona). When playing he once hung dead rats on Hungarian officials hotel room door’s as a protest, so we can already see there’s more to this man than just statistics and self confidence...  Bela Guttmann’s management career began before the Second World War broke out in 1939 but throughout most of Europe football was put on hold till 1945. Guttmann’s Jewish background meant he had to escape Nazi persecution and while not much is known about
Post a comment
Read more 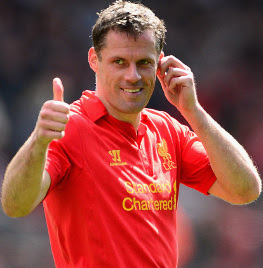 The first part of a new series of articles centered around football's one-club men, the career of Jamie Carragher is no stranger to controversy, triumph and determination.  The line of Liverpool legends is long. With the likes of St John, Callaghan, Dalglish, Rush and Gerrard all taking their place in Anfield folklore. However, Sunday (19/05/13) marks the end of the career of one of the Merseyside club's current crop of historical figures.  After making an immense 736 appearances for the Red's between the years 1996-2013 , "Carra" is closing the curtains on his glittering career. A cornerstone for the 2005 Champions League victory and a defensive linchpin in no more than fifteen domestic and European finals, winning twelve, the name Jamie Carragher is to always be remembered fondly by Liverpool fans. It is rare in the modern game to find a "one-club man" with the whole notion beginning to become something of a myth. The list of recent players
Post a comment
Read more 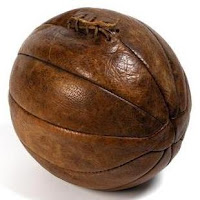 Football: A History In the modern game, football can't go two weeks without controversy, be it due to diving, match-fixing or a peckish striker from Uruguay. We often hear the same remarks week in, week out, "Oh that wouldn't have happen 20, 30, 40 years ago. The game was played properly then." However in a series of blogs, we are going to look in depth at each decade of the twentieth and twenty-first centuries at football's scandals, major stories and the players which lit up the beautiful game every ten years. To paint a picture of the beginning of the twentieth-century, Britain was still a "Victorian" country, albeit Queen Victoria coming to end of her record sixty-four year reign. The modern football game as we know it was still in its infancy with teams like Chelsea and further abroad Real Madrid had not even been established.  The major English teams at the start of the 1900-01 season being defending champions Aston Vill a, Sunderland a
3 comments
Read more

A Biography of Sir Alex by a Liverpool Fan 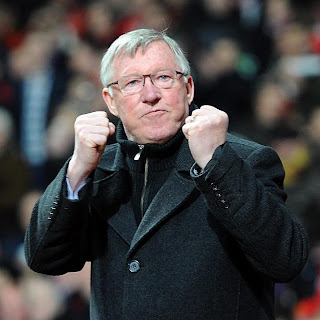 A Legend! They are the only words that can be used to describe this unbelievable man. In years to come children will read, much like I did with Paisley, Clough, Busby and Shankly, what he achieved and support Manchester United because of it.  As a Liverpool fan I have shouted, despised, criticised and laughed at him. When he is at his most smug I have wanted to throw him a punch or three, and when he wins another league title I have turned off in a huff.  This will not happen on Sunday the 12 th May 2013, that day I will be an admirer, I will sit down and watch his team wipe Swansea away in a match at Old Trafford that will be played for the gaffer.  I will then with the remote locked away force myself to view his team lift the trophy and try and cope as Geoff throws the microphone into his face. “Good job Geoff” he’ll say with that patronising Scottish tone and his name will be cheered throughout the night by his loyal servants in their tacky kits. I will do this because he is t
Post a comment
Read more

Life Below The Premiership? You Better Believe It!

A Good Year For Welsh football! This is the most exciting yet most painful time of the season for a football man, “squeaking bum time” as Sir Alex used to called it. Titles, promotion, cup finals and relegation will all be decided within the next few weeks making or breaking seasons for thousands of fans. For me, Cardiff City ’s promotion was my best experience as a football fan, winning the Championship and having a crazy party in the Cardiff Bay area to celebrate with 20,000+ others. This topped off an amazing year for Welsh football with Swansea winning the Capital One Cup , Newport winning Promotion to League 2 and Gareth Bale cleaning up with the individual player awards too. There is something that’s been getting to me though; the amount of people who couldn’t give a stuff about anything under the Premier League ! Cardiff City's Promotion Pitch Invasion  I’m a backer of “support your local club”, can’t say I always was but certainly the last 10 years I’ve be
Post a comment
Read more
More posts