Showing posts from November, 2016
Show All

The Birth of European Cup - L'Equipe, Los Blancos and the Glorious 1950s 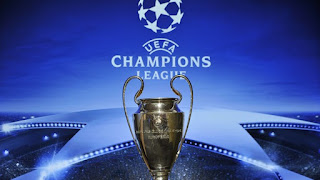 The European Cup or as we now know it, The Champions League, is perhaps one of the most glorious things a professional sportsperson can win. Europe’s premier cup competition is worth millions and millions of pounds in advertising, television revenue and prize money to those who qualify. However like everything in football, this wasn't always the case and the competition started from humble beginnings.  With plenty of influences from across the continent, it would be a newspaper who kicked it all off. So let’s take a look at the birth everyone’s favourite club tournament.   The simple answer for when the European Cup began is: The 1955/56 season. The story itself isn’t quite so simple though. League football by the early 1900s was very well established in the United Kingdom and now many other European nations had codified their game with top-flight divisions. The temptation for sides from different countries to play each other was always there with friendly matches a regular o
Post a Comment
Read more
More posts