Showing posts from January, 2016
Show All

The Birth of the Premier League - Did it make or break English Football? 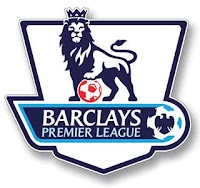 I have been brought up with the Premier League, to me when I think about English football it's all I know. However it has not always been the case; for those younger fans who have not looked back at life before the Premier League, it seems a world away. At The Football History Boys we pride ourselves on covering a wide spread of the history of the beautiful game, but I realised that actually this period is blank in our writings. So let's do a bit of research and find out about a decision in 1992 that some say broke, others made, English football. My University dissertation was 10,000 words about the era of football hooliganism that took hold of the English game in the 1970s and 1980s. In 1975 FIFA described English football hooliganism as a "disease" [1] and then in 1980 The Times' sport editor,  Nicholas Keith, wrote: “if we do not (do something) there is a real danger that football will die for lack of support, because only thugs will go to watch it… Football
Post a Comment
Read more 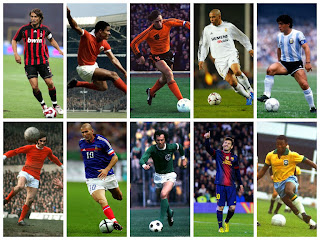 On 1st February The Football History Boys will be celebrating its third birthday! Whilst in our second year of our history degrees at Swansea University we decided to ask the question we all want answered - 'Who is the greatest footballer of all-time?' - The usual suspects were thrown about by us and our other housemates....Pele, Maradona, Messi....but as we looked deeper into the histories of these respective players, we began to notice other names frequently coming to our attention. The likes of Ferenc Puskas, Billy Meredith, Lily Parr - footballers whose stories were yet to really be dissected. So we set ourselves a task - to discover the incredible history of the beautiful game, from the Victorians to the present day.  We have written over 150 pieces to date, the majority by Gareth and myself, but also with the amazing contributions from over 20 guest writers - many of which are our friends and many from our wider readership. Indeed are initial aim was achieved in early
1 comment
Read more 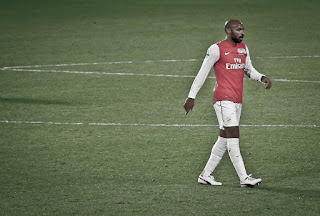 It's a feat that has only ever been achieved by three teams in English football history: The undefeated season is an illusive achievement that is as difficult to capture as a greased unicorn. The first team to garner the accomplishment was Preston North End way back in 1889, managed by William Wudell. Their undefeated season came in the inaugural Football League competition, kicking off the beginnings of professional club football in the United Kingdom with a bang. It was more than 100 years before that same magic was recreated by Arsenal during the 2003-04 season. It came under manager Arsene Wenger, with legendary striker Thierry Henry helping to lead the team to one victory after the next. In an incredibly odd coincidence, that very same year AFC Wimbledon also had a perfect season. Although, it should be noted that Wimbledon's season, while still impressive, came in the Combined Counties League Premier Division (level 9 of the English soccer pyramid). As such, they hardly
Post a Comment
Read more
More posts