Showing posts from July, 2014
Show All

It has been a long time since I last added to the "Football By Decade" series, with University commitments and then the brilliant 2014 World Cup taking over my blogging schedule. However, following the wonderful array of talent and competition in Brazil it is time to look into yet another decade of intrigue and inspiration. After the 1970s had brought some of the greatest players, teams and matches to the forefront of football debate, the 1980s would further promote a host of talent to the centre of the global footballing stage. Despite this, the decade would also be one of the most pivotal for the wrong reasons with a number of tragedies befalling the sport, questioning whether it truly was the 'beautiful game'. We are almost at the end of our journey through the twentieth-century in terms of football history, from the British pre-War sporting dominance to the 1970s - a decade which many believe was football's last truly great era. In my opinion this statement
Post a Comment
Read more 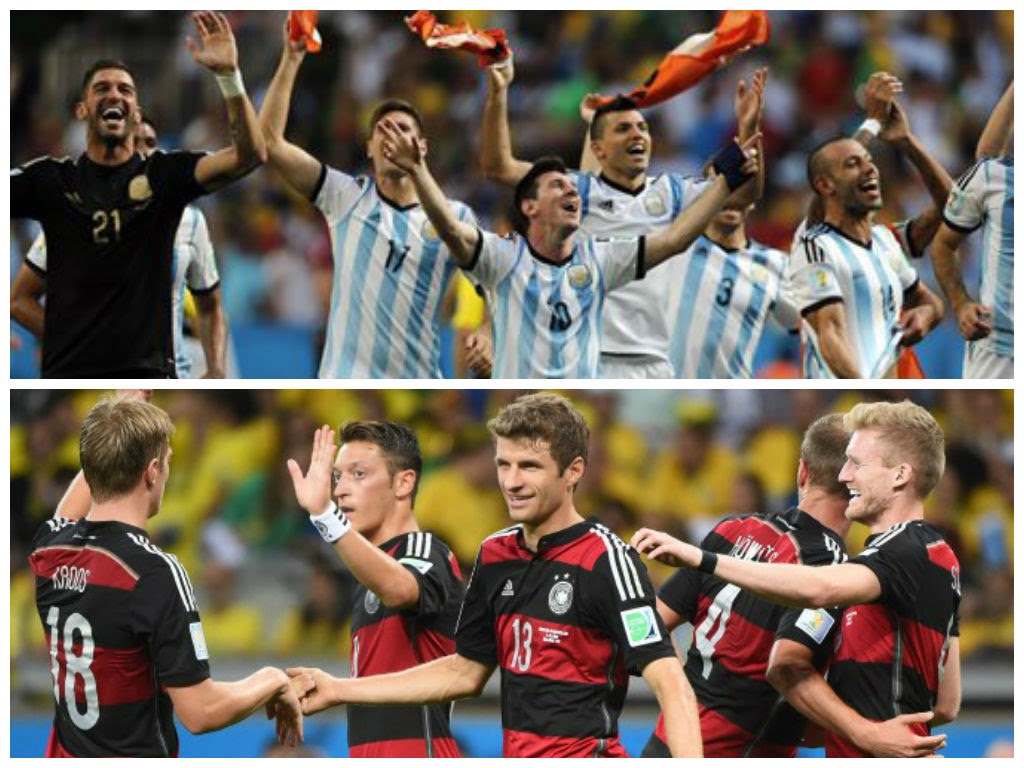 What can you say about the 2014 World Cup? Unmissable, brilliant, the best ever....just a few of the words and phrases we have heard over the past month of footballing action from the heart of Brazil. Teams have come and gone - some as heroes, others in humiliation, but two sides still remain ready to battle it out to become champions of the world. Argentina and Germany. It is a final which many may have expected but necessarily in the way it came about. Furthermore the match will see the third time these two giants of the international game have met in a World Cup Final. It's the fixture which every English fan wouldn't want to see, the two old rivals of the British game coming head to head with one soon to be the ultimate winner. However in terms of football historians, such a match is great to see, with 5 World Cups already between them and a potential for one player to be named the 'greatest player ever'. In this piece we are look at the past meeting between the s
Post a Comment
Read more

On Tuesday night (08/07/14) history was made as World Cup hosts Brazil were roundly thumped 7-1 by Germany. This was Brazil’s biggest ever tournament loss, matching their worst ever margin of defeat (6-0 v Uruguay in 1920) and ending a run of  6 straight semi-final victories. However, Brazil can take solace in the fact that they aren’t the only side to be on the end of a drubbing at the World Cup. Here are some of the games we’ve uncovered and written about for Brandish.tv: Follow the link to read the article: http://www.brandish.tv/2014/07/09/5-world-cup-drubbings-to-make-brazi-feel-better.html Don't forget to 'Like' our Facebook page and 'follow' our Twitter !
Post a Comment
Read more 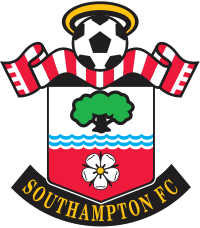 Southampton Football Club were formed in 1885 and are arguably one of the most historic clubs in English football. Right now their players are in the headlines as they line up to leave the club but the past few seasons, since their back-to-back promotions from League 1, they have made an impression on the Premier League. Southampton have a renowned academy and have had some famous managers but in fact started out from much humbler beginnings. Southampton is a city of immense historical significance to the United Kingdom. During the Middle Ages, the town of Southampton became a key home of shipbuilding and in 1620 was the port from which the Mayflower departed for America. The ship carried pilgrims who would settle across the pond and in the Victorian era this affiliation with the docks grew. The town expanded rapidly and in 1912 the RMS Titanic left the port of Southampton, when the liner sank around a third of its passengers were Sotonians. The Nazis would target Southampton dur
4 comments
Read more

It has happened again, England have exited a major tournament early. The same old excuses have been heard, 'it was a young squad, we will do better in four years time' and 'the big stars are to blame, they only care about money'. 2014 represented 24 years since the nations last credible performance at a World Cup, a semi-final defeat to arch-rivals W est Germany on penalties. For many this year's exit was a signal of a continual decline to the English game, at least at an international level, but for me it provides almost a mirror image to the national side in the 1950s, the decade which is football's most intriguing.  In 2014 England have Wayne Rooney, Steven Gerrard and Joe Hart, three players of almost world class standards and a trio which have frequently come under criticism for under performing. For many commentators and journalists this represents a run of performances far removed from the 'good old days' of Tom Finney, Stan Mortensen and Bobb
Post a Comment
Read more 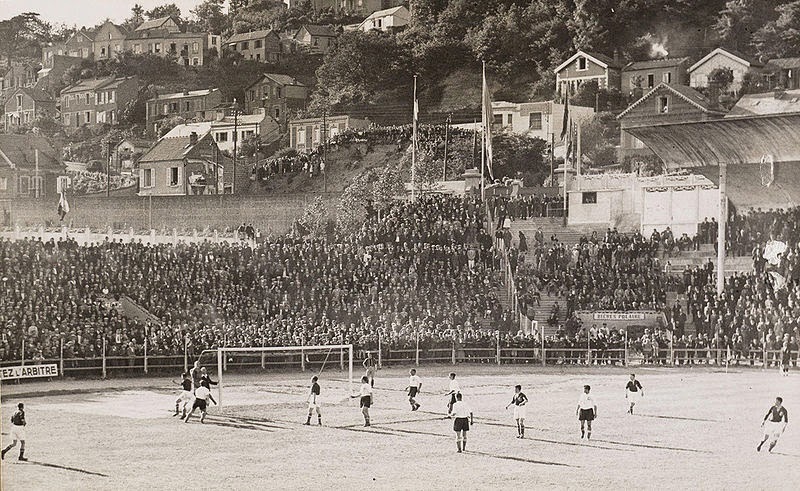 15 nations, 12 of them from a continent on the brink of war would attempt to put ideological differences apart for the sake of the third FIFA World Cup in 1938. France were the elected hosts, a country that would a year later play host to the atrocities of WW2, whilst Hitler’s Nazi Germany and Mussolini’s fascist Italy also be represented. The Italians were defending champions and widely acknowledged as the best side in the world. This is a piece written for Campo Retro, click on the link below to read the whole article: http://www.camporetro.com/read/world-cup-brink-of-war-1938/  Gareth Thomas, TFHB. (Follow on Twitter:  @GJ_Thomas & @TFHBTop250  or 'Like' our Facebook !)
Post a Comment
Read more
More posts