Showing posts from March, 2020
Show All

Part of a series of Scottish football history articles written for us by radio presenter  Alex Horsburgh , today we look at Fife-based, Cowdenbeath FC (a place he was born and bred): Late 1976... Elton John is at the peak of his musical powers. He's just written the hit 'Philadelphia Freedom' for Billie Jean King's tennis team (the Philadelphia Freedoms) in return for tennis lessons from the US superstar and Wimbledon favourite, and he's been a chart regular since his 1970 breakthrough hit 'Your Song' which coincided with Cowdenbeath last playing in Scotland's top division.  He's also shown his loyalty to his beloved Watford Football Club, by becoming Chairman and largely (along with manager Graham Taylor) being responsible for starting their rise through the four divisions of the English top flight, which culminated in a top five finish in Division One and an FA Cup final in the early 1980s. Elton is in Edinburgh on another sell out tour, and
Post a Comment
Read more 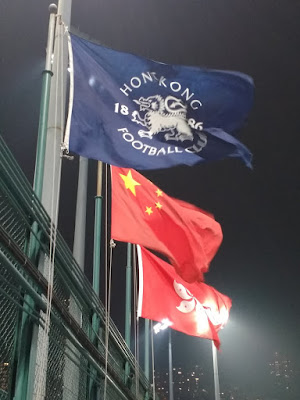 ‘He’s not bad that Billy is he?’ said my new football friend Joe. ‘Pushes forward well for a centre half.’ The blue flag of Hong Kong Football Club fluttered in the spring sunshine above the Happy Valley racecourse, the home of H.K.F.C. Next to it flew the red flag of China, a reminder, if it were necessary, that although it may be a ‘Special Administrative Region,’ this former British colony is now very much part of the People’s Republic. The People’s leader, Xi Jinping said so at the 19th communist party congress. His personal doctrine has been enshrined in the country’s constitution. Alongside ‘reform’ there was to be, ‘an emphasis on the implementation of ‘one country two systems’ and the reunification of the motherland – a clear reference to nationalist Taiwan and of course Hong Kong. Within days of his speech Mr Xi extended the law on disrespecting the national anthem to Hong Kong. Since the pro-democracy protests of 2014 football fans here have booed the Chinese anthem
Post a Comment
Read more

The Merseyside Derby: Duncan and the ‘Dogs of War’ 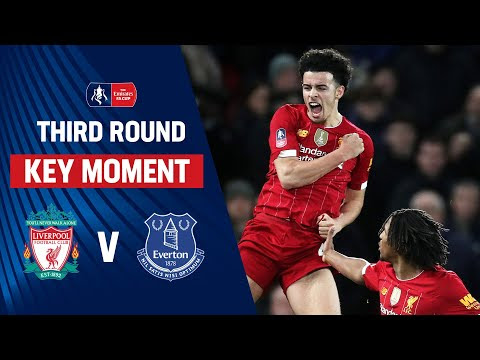 It’s just over 25 years since a Monday night Merseyside derby immortalised Duncan Ferguson and unleashed the ‘dogs of war’. Preparations for a game between Liverpool and Everton can take many forms. Given the scale and evolving nature of the coronavirus outbreak, it's unlikely that the forthcoming derby - when or if it takes place - will witness the usual pre-match clichés. Revenge for a Curtis Jones wonderstrike seems less of a priority when a global pandemic is at your doorstep. Whatever the nature of Carlo Ancelotti and Jürgen Klopp's planning, it’s unlikely either will be encouraging their players to emulate Duncan Ferguson’s approach to his first match against Liverpool, just over 25 years ago. The fixture fell on a Monday night, giving the Scotsman - who was facing a court case after being charged for an alleged assault while on probation - a free weekend. ‘Out on the lash’ Unfortunately, ‘free’ is a slightly inaccurate description of how Ferguson’s days
Post a Comment
Read more
More posts