Showing posts from June, 2014
Show All

Footballers At War: World War I 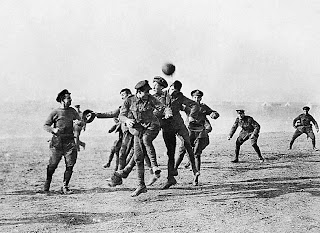 In February I wrote a piece concerning footballers both male and female and their role in World War One. Talking from a largely British perspective, I found many stories of sporting heroes going off to Belgium and France to fight for King and country. However, by the end of my blog I realised there was so much more to write about, and that those footballers doing their 'duty' had a much wider impact on society. In this piece I am to explore further the social, political and cultural implications that those fighting had in Britain and abroad. With this year being the 100th anniversary of the start of the First World War, the impact is still seen widely today.  On Saturday (28/06/14), when Brazil face Chile in Belo Horizonte, the date will also mark a century since Archduke Franz Ferdinand was assassinated by Bosnian 'Black Hand' Gavrilo Princip. The event sparked the July Crisis and later the start of the First World War. Following the German invasion of Belgium and
Post a Comment
Read more 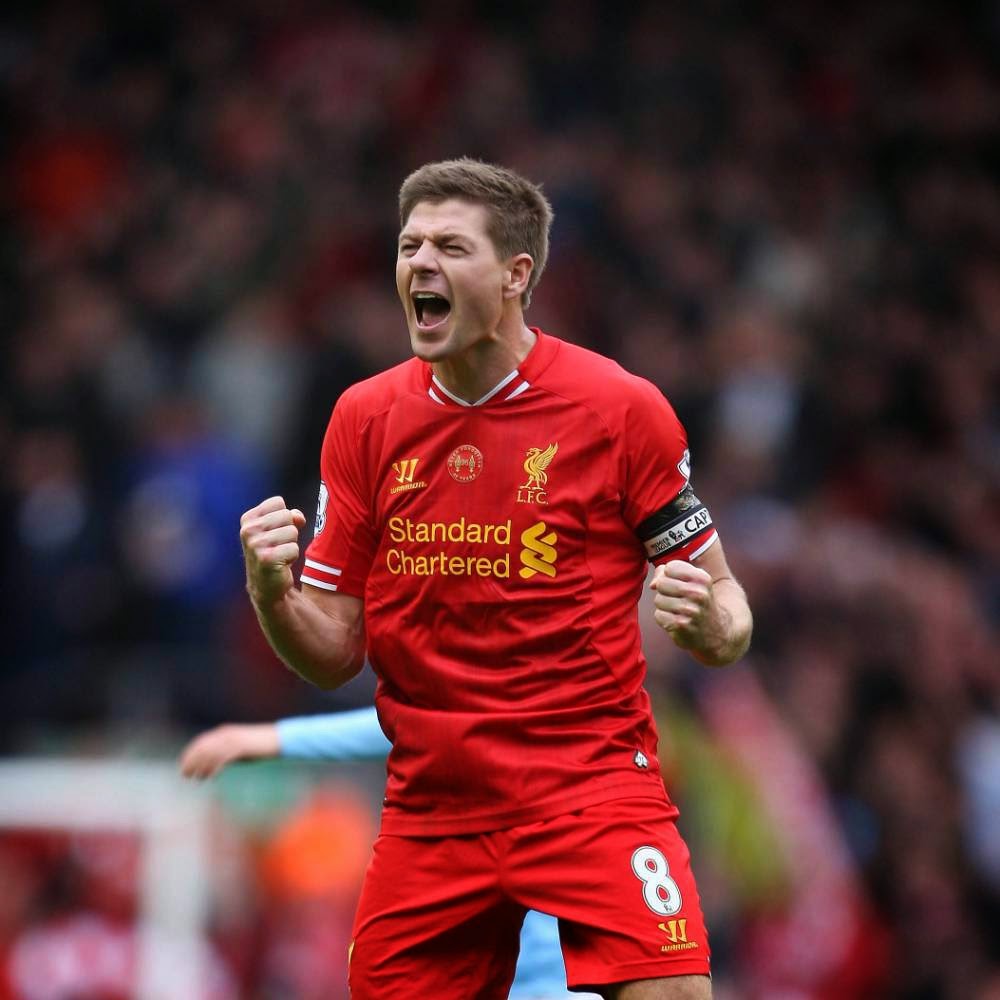 On Thursday we saw a familiar sight, a Steven Gerrard assist for a Luis Suarez goal. For once, at least for Liverpool fans it was not a sight we wanted to see as Uruguay effectively knocked England out of the 2014 World Cup. After the match the England captain came in for some unnecessary criticism in which many media outlets and twitter accounts harshly blamed him for the defeat. Despite the 2013/14 season being his personal best for 5 years, it will most likely be remembered for that slip against Chelsea at Anfield. For me, Steven Gerrard is the best midfielder the Premier League has ever seen, and a player which England fans should not forget as replacing him will be a long and difficult task.  This is my third piece on football's 'one club men', a phenomenon which is becoming a rarity in the modern game, now seen as one ruled by money and businessmen. The recent 'Players Who Shook the Kop' poll saw Gerrard ranked as the best ever Liverpool player, an honour
Post a Comment
Read more 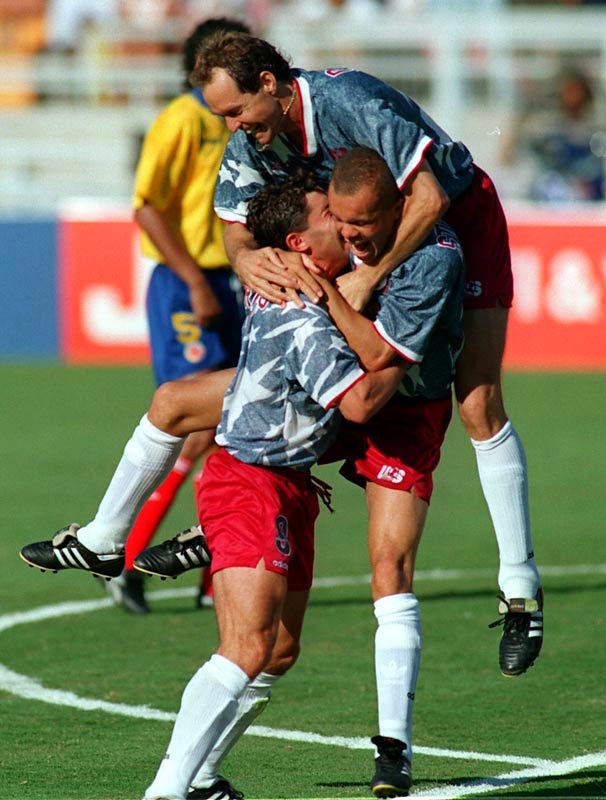 So far we have written about a great deal of the FIFA World Cups, many of which we have not actually been able to have seen live. The first major tournament in my lifetime was in 1994, when the World Cup came to the United States of America. Although not being able to remember any of it (being only one year old), it is a competition which has been ingrained in popular culture ever since it started on the 17 June that year. Despite only catering for 24 teams, as opposed to the 32 we see today, the tournament remains the most attended of all-time. For a country which has become almost infamous with naming the game 'soccer' and showing a great deal more attention to other 'American sports', this stat is staggering. How did football take over the US in 1994? And what legacy did it leave? After beating Morocco and 2014 hosts Brazil to the staging of the competition the US prepared to host the greatest sporting spectacle of all-time. Like Brazil this year, the nation w
Post a Comment
Read more

1962 World Cup: The Battle of Santiago 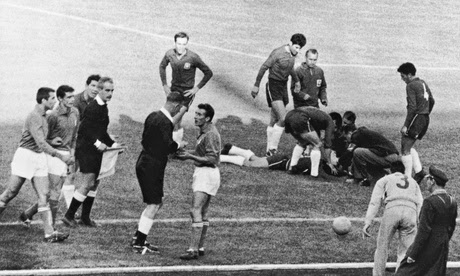 Throughout the history of the World Cup, many contests have been described as 'battles'. In Bern (1954), Nuremberg (2006) and in 1962, where the 'Battle of Santiago' took place. The match, a first round clash between Italy and hosts Chile, has not received as much attention as many would think. In fact the entire 1962 competition is one of the least documented of the 20 tournaments to date (1930-2014 ). The late BBC commentator David Coleman described the match perfectly when he concluded it was,  “the most stupid, appalling, disgusting and disgraceful exhibition of football, possibly in the history of the game.” <Read more at http://www.camporetro.com/read/1962-world-cup-battle-of-santiago/ > By Ben Jones -TFHB (Follow me on twitter @Benny_J or @TFHBTop250)
Post a Comment
Read more 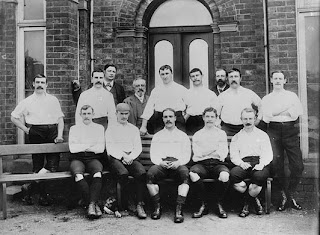 During our last year at Swansea University, Gareth and I studied the history of sport in British society 1860-1960. The course offered a wealth of stories from the establishment of the FA, to the emergence of the World Cup and the role sports like football had on the wider social structure of the country. One of these stories was that of Preston North End in 1888-9, and their miraculous unbeaten run in the newly formed Football League. The Football History Boys have looked at the twentieth-century, decade-by-decade, but never fully explored the earlier days of the sport and why they are so relevant to today. Yes, Preston went a season without losing a match, but the deeper story within this achievement is of immense intrigue.  The Victorian revival of sport, known as the 'sporting revolution', gave birth to a number of games we follow and read about today. Football, rugby, tennis and cycling were just a small number of the sports which appeared between 1860 and 1901. Foo
Post a Comment
Read more
More posts