Showing posts from January, 2017
Show All

Women's Sport Between the Wars: Emancipation or Exclusion?

The history of women's sport is forever growing into one of the most intriguing topics to dissect and understand. Women's sport in general is continuing to grow and develop across the world - a far cry from the state of many games just 10-20 years ago. Here at The Football History Boys we have attempted to comprehend the effects of suffrage and wider female freedom in what is often perceived as a misogynistic social attitude before the Second World War. Indeed, we have looked deeply into women's sport before 1918, but not as thoroughly into the inter-war period which as we will see holds an equally pivotal position in history.  So in what state was female sport immediately after 1918? The short answer would be - not great. Following the rise in popularity of women's football during the First World War, the FA decided to ban women from being able to use their grounds and stadiums, leading to a rapid decline in attendances. A genuine fear had spread through the Footba
Post a Comment
Location: Cardiff, UK
Read more

The History of the Transfer Window & January's Biggest Moments 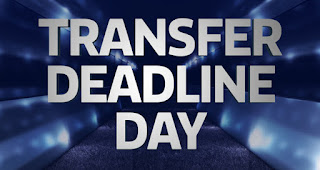 The January Transfer Window is upon us once again. With the beginning of a New Year comes the usual circus of rumours and speculation that football fans love to hate. It’s hard for modern day football fans to imagine the sport without the rollercoaster of a window and the thrills of Deadline Day. Who would want to swap Jim White in his yellow tie, Harry Redknapp’s car window interviews and the hours spent by reporters outside training grounds? OK, so the window may not be the most popular thing in football but when did it even begin? I’m pretty certain that if I asked the average twenty-something football fan about the origins of the transfer window they would struggle to tell me. I must admit, before researching it I was pretty cloudy on it myself. I remember the very old FIFA Playstation games before they were a thing and found myself outraged once introduced because it restricted my (Harry Redknapp style) “wheeling and dealing”. Now of course the football fan beyond their twen
Post a Comment
Read more
More posts