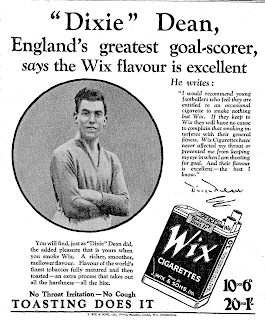 The opening 20 years of the 20th Century brought us the rapid growth of the beautiful game amongst circumstances sometimes controversial but often intriguing. The next 10 years throughout the 1920s would continue this trend as the game went through initial post-war reconstruction to becoming the World's greatest sport. For many, the 1920s are known as the "roaring twenties" due to the new found economic prosperity found mainly in the United States. However, it is also a decade which saw some nations bask in wealth, yet others decline into turmoil. Football on the other hand would go from strength to strength and begin to expand it's influence on all things social, economic and political.

The United Kingdom had emerged from the First World War as a victor, and in terms of recovery, more apt to prosper in the new decade. The English Football League which had seen many players, referees and officials go off to the frontline would continue to offer Europe's most professional league format for the opening years of the 20s. The ever increasing number of teams wanting to compete in the league created the southern-based Division Three at the start of the 1920-21 season with sides such as Southampton, Swansea and Norwich all competing for the first time.

The Football League in 1920 was also the first to include Welsh sides. As aforementioned Swansea Town competed in the third tier alongside Merthyr Town and Newport County. Cardiff City, being Wales' best team were introduced straight away to Division Two, where they would get promoted in their first season, only missing out on the title by goals difference to Birmingham. The First Division was won by 1914 FA Cup winners Burnley in a competition dominated by Lancashire (Man City, Bolton, Liverpool, Everton etc).

Following the 1920-21 season, the Third Division North was also introduced, further expanding the English game to 86 teams. The following years would see the North continue its domination with Liverpool victorious for the next two years (1921-23) and then Herbert Chapman's Huddersfield Town becoming the first team to win three consecutive league titles, albeit Chapman only manager for the first two. Newcastle would halt the Huddersfield train by narrowly winning the 1927 league title. This combined with Chapman's departure to mid-table Arsenal meant the Yorkshire club would never quite reach the heights of the mid-twenties again. The 1928 season was won by Merseyside club Everton, with club legend Dixie Dean leading the charge. In the 1927-8 season he would go on to score 60 league goals, a feat still unmatched in England today.

Elsewhere around the footballing world saw the continued development of Europe's main leagues. As far as Spanish football was concerned, the main source of competition continued with the Copa Del Ray. Under King Alfonso XIII, the Spanish game would begin to grow, seen primarily with the adoption of "Real" or "Royal" to Madrid FC, highlighting a royal influence on the sport. Athletic Bilbao and Barcelona would provide the Spanish cup victories until 1929, when the first Spanish League was introduced. The inaugural La Liga was to be competed by ten sides from all across Spain, resulting in a Barcelona victory, two points clear of Real Madrid.

Across the Mediterranean saw an almost exact replica of the Spanish footballing development in Italy. Italy in the 1920s was the scene of immense political change following the Great War. For Italians the decade saw the arrival of "Il Duce" Benito Mussolini and his fascist party to the centre of Italian life. However, as far as football was concerned the ever growing totalitarian state would seek to show off the best sporting teams Europe had to offer. The 1920s continued where the previous 10 years left off, with a variety of methods adopted in order to find the superior league format. The 1927-8 season offered two league, one Northern and one Southern based, with the winners of each playing a play-off (won by Bologna). However, like Spain, the 1929 season would finally offer nationwide leagues - Serie A and Serie B. The first league was to be won by Milan-based Ambrosiana, thanks mainly to their striker Guiseppe Meazza.

Further North saw the German game also develop despite emerging as a defeated nation of World War One and the victim of severe punishment following the 1919 Treaty of Versailles. A decade under the unpopular Weimar Republic brought with it early social discontent and hyperinflation due to reparations owed to the United States for the damage they had caused the rest of the World. 1923 even bringing with it the first time Adolf Hitler had entered the public sphere with his infamous Munich Putsch and the writing of "Mein Kampf".

As far as football though, the German game initially continued with its knockout method of determining the champions, leading to early wins for Nuremberg in 1920 and 1921. The 1922 title had no victor due to Nuremberg's team being whittled down to just seven players following 2 injuries (no subs allowed) and 2 sendings off! Hamburg were offered the title by default, but later declined. As the decade went on, the number of teams competing began to increase amongst further wins for Nuremberg and Hamburg. 1928 also saw the first tournament with Bayern Munich included and a crowd of 60,000 for the final between Hamburg and Hertha Berlin, highlighting the popularity of the sport with Germany.

Throughout the rest of the world, football and its governing body FIFA would begin to en-capture all corners of the globe. The 1920 Olympics saw victory for Belgium in a controversial final against disqualified Czechoslovakia (see two paragraphs down). The following tournaments in 1924 and 1928 saw Uruguay emerge victorious and offer a shift in power in football demographics.

The South American game within CONMEBOL had offered football based on passing and moving, a concept alien to many European nations. Uruguay would beat Argentina in the final. Being a mainly amateur tournament, the resulting fixtures had presented numerous double figure scorelines like Argentina 11-2 USA and Italy 11-3 Egypt. The Olympic tournament had began to represent a World Championships for football and attracted countries from all over the globe. Of course two years later would see the first ever FIFA World Cup. 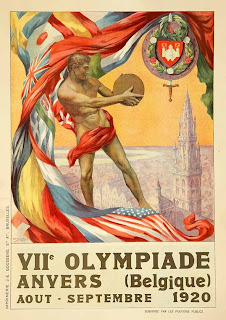 As far as controversy is concerned, it would not be a truly footballing decade without some hiccups along the way to global dominance. The previously mentioned 1920 Olympic Final has become famous for being the only major international final to be abandoned. After 40 minutes, the Czechoslovak team had found themselves two down and with only 10 men following Karel Steiner's dismissal. In protest to the decision the team walked off the pitch giving the win to hosts Belgium. The Belgians had been unhappy with the performance of English referee Joe Lewis, the presence of the Belgian army and the disrespect shown to the Czech national flag. They would later appealed the result, but to no avail.

Our most influential game of the decade comes from the World's premier club cup competition which offers great personal preference to The Football History Boys. The 1927 FA Cup Final being won by Cardiff City after a 1-0 win over Chapman's Arsenal. After defeat in the 1925 final to Sheffield United, World War One and Battle of the Somme veteran Fred Keenor would secure Wembley victory to become the first (and only to this date) Welsh club to triumph in the FA Cup. The winning goal, by Cardifff's Hughie Ferguson is now remembered as one of the Cup's most famous goals, due to the mistake by Arsenal goalkeeper and Welshman Dan Lewis who blamed his error on his recently cleaned and slippery jersey.


So there we have it another ten years of footballing madness. The 1920s saw the growth of football into the world's most watched sport, and the rise of Spanish and Italian football, seen by the introductions of both La Liga and Serie A. The British game would continue to be strong, but with the South Americans gaining Olympic glory, there could only be one way to find out just who was the best nation ...The World Cup.