By Gareth Thomas April 15, 2014
In February 2013 up in the attic bedroom of our student house, Football History Boys Gareth Thomas and Ben Jones, with the help on contributor Ollie Jackson, decided it was time we did something about the question, 'Who is the best player in the World?'. Housemate Liam suggested setting out to find the greatest 50 players of all time, this swiftly grew to 100, 150 and 200 before we settled on 250. Our original website www.top250.webs.com is still there to answer the debate but we furthered our work to blogging about the beautiful game starting up www.thefootballhistoryboys.blogspot.com.

Missed the last installment? Here it is!
Without further ado here is the winner of our public poll, TFHB's number 1! 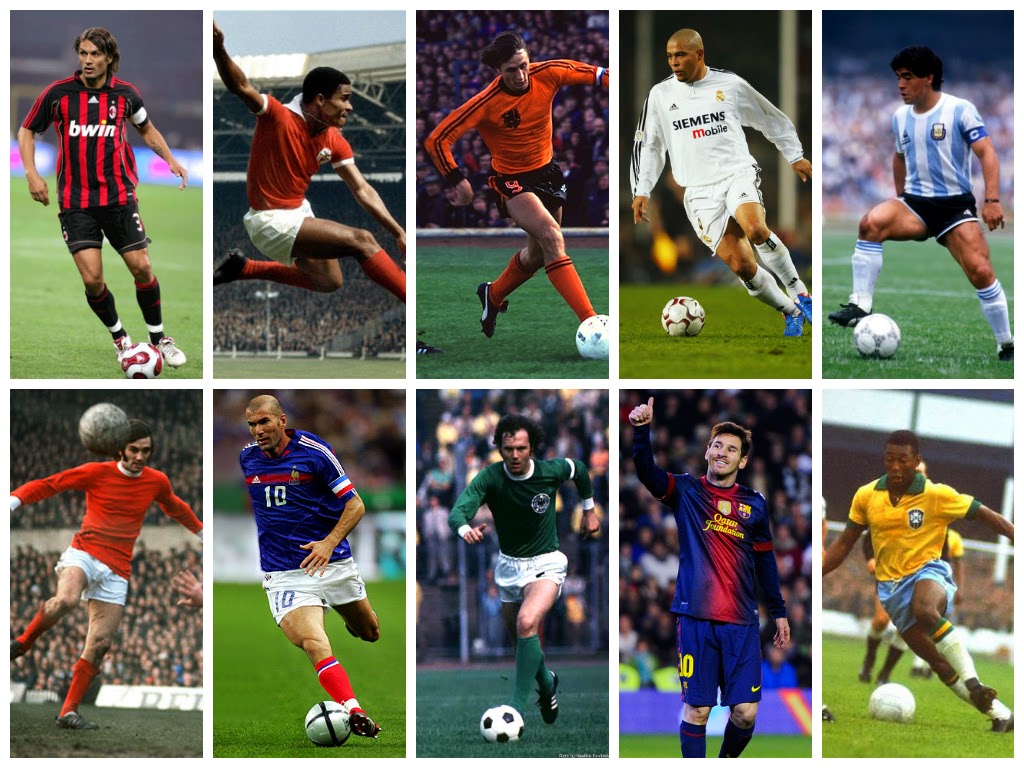 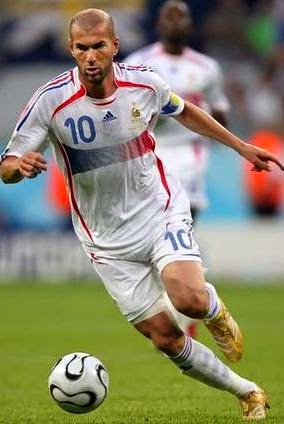 What can we say about him?
"Wow, who expected that? On the face of it it may seem crazy Zizou is our number 1 but the public have called it and you know what, I think it's a pretty fair shout! Look at that notable honours list above endless (I know, I typed them in!)! Anyway when I think of Zizou a few things come to kind... Class being one but the other things are best illustrated by video....

This volley (below) in the Champions League final 2002 is probably the best cup final goal ever, you cannot begin to describe how good it was!

Another thing is of course the World Cup final 2006, that panenka'ed penalty and of course that headbutt... What a way to bow out of a phenominal career!

Finally, a little film called Zidane - A 21st Century Portrait, a 90 minute documentary in which 17 cameras follow Zizou around for the whole game... Just him! I've watched it all and it's mesmerizing to see him in action (spoilers:), he even gets sent off at the end!

Anyway, I'm more than proud to induct Zidane as Number 1 in our Top 250 countdown!!"
Gareth - TFHB

"Zinedine Zidane, was there really anyone better? Without doubt the greatest player I have ever watched on the football pitch. When watching Zizou it was like watching an ice-skater - he simply glided around the football pitch with such magisterial genius, rarely ever seen. Maradona, Pele and Messi were all worthy contenders for the crown as TFHB's number one player, but none quite had the impact and the effect that Zidane provided. The 2006 World Cup was almost the pinnacle of his already glittering career - if Maradona single handedly walked Argentina to the prize in '86, the same would have been said about Zidane. He is a player who scored 3 goals in World Cup Finals (2x '98, 1x '06) as well as in the Semi-Finals of the 2006 tournament and Euro 2000 (which he also won). My main memory of him though (and Gareth would agree) was in 2004 when he scored two last minute goals to defeat England in Portugal - why do we remember it? Because we both ended up crying!!! Zinedine Zidane truly is the greatest!"
Ben- TFHB

"Whichever way you want to look at it, there is no way a legends list can be compiled without Zinedene Zidane. Described as “The Scientist,” Zidane is regarded as one of the best midfielders of his generation. His determination, passion and overall ability, often left dazzled opposition players breaking sweat to get back in the game. Zidane is, in the simplest of terms, a legend of football." Total Football Mag

"Few players have the ability to change the face of football with their talent. Zinedine Zidane's touch, grace and skill on the ball have ensured that, despite one of the most public breakdowns in the game's history at the 2006 World Cup final, he remains in the public consciousness as the best player of his generation and an icon to all who have seen him play." Jon Carter - ESPN 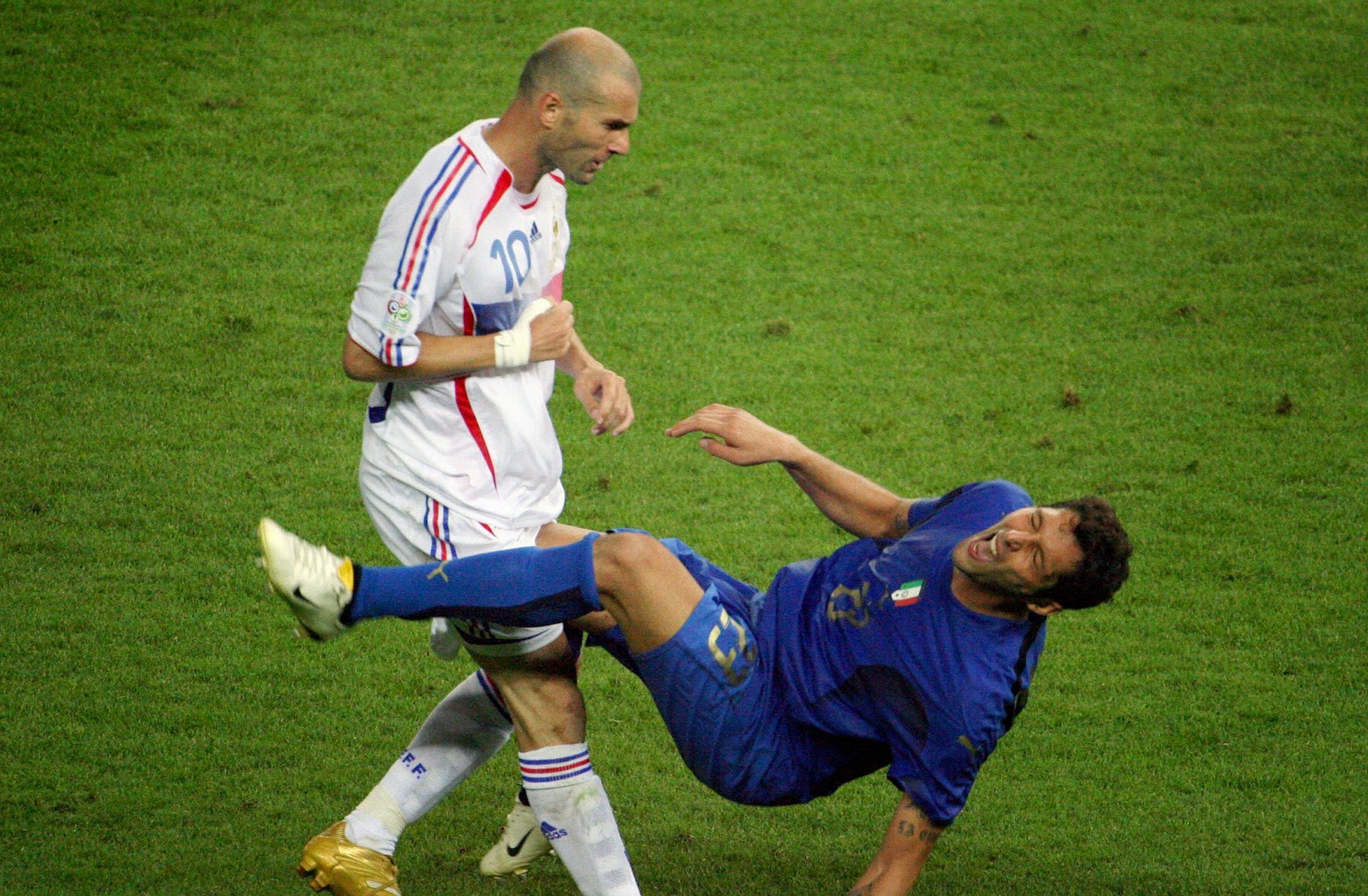 "Once in a generation a player comes along who seems to take football on to a new level and at the beginning of the Noughties that man was Zinedine Zidane. He had of course being wooing crowds at Cannes, Bordeaux and Juventus prior to his 2001 world record €78 million transfer to Real Madrid in 2001, not to mention winning the odd bauble with France... Famed for his unerring ability to keep possession and faultless distribution, at 6" 1' Zidane also had physical presence that helped him dominate games, and a competitive streak that sometimes got him into trouble. During the 2006 World Cup final he headbutted Italian defender Marco Materazzi in what proved to be his final game of football. But if nothing else, it was a memorable end to a career for a man whose name sits comfortably with those of Pele and Diego Maradona." Dominic Raynor - ESPN

"At every stage of his career, in any game he played in, Zidane was a player who would inspire young and old to find their nearest football so they could try their best to mimic the tricks and flicks they had just seen the legendary Frenchman dazzle them with.

An icon of the beautiful game, he was known worldwide by not just football fanatics. "The guy with the bald patch, the one that looks like a monk" those outside football would say, "Isn't he best in the world now?" Despite their lack of knowledge on the subject they still knew what this player was, super human." Forza Italian Football

And some views from within the game:

"Zidane is the master. Over the past 10 years, there's been no-one like him, he has been the best player in the world"
Pele

"He dominates the ball, he is a walking spectacle and he plays as if he had silk gloves on each foot. He reminds me a bit of myself, although I was a bit quicker. He makes it worthwhile going to the stadium -- he's one of the best I have ever seen."
Alfredo Di Stefano

"Zidane is one of the greatest players in history, a truly magnificent player."
Franz Beckenbauer

"Zidane is unique. The ball flows with him. He is more like a dancer than a football player"
Franz Beckenbauer 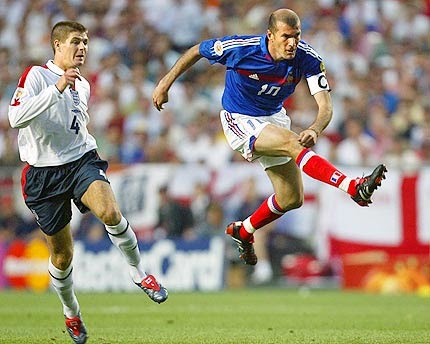 "He is the best player I've seen... Playing alongside him was a crazy thing! Supporters arrived earlier at the Bernabeu just to see him warm-up."
Roberto Carlos

"I would give up five players to have Zidane in my squad."
Cesare Maldini

"Zidane was from another planet. When Zidane stepped onto the pitch, the 10 other guys just got suddenly better. It is that simple."
Zlatan Ibrahimovic

"What he could do with a football is a dream for most of us."
Xabi Alonso

"You look at Zidane and think 'I've never seen a player quite like that'. Diego Maradona was a great player. Johan Cruyff was a great player. They were different - but with similarities. What sets Zidane apart is the way he manipulates a football, buying himself space that isn't there. Add his vision and it makes him very special."
Kevin Keegan

"He’d go past one, two, three, five, six players – it was sublime. His feet spoke with the ball."
Jean Varraud

"Sometimes I don't know what takes me over during a game. Sometimes I just feel I have moved to a different place and I can make the pass, score the goal or go past my marker at will."
Zinedine Zidane

Voted for by the public between August and December 2013! Missed some? - click here!