By The Football History Boys January 02, 2014
In February 2013 up in the attic bedroom of our student house, Gareth Thomas, Ben Jones and Ollie Jackson after another prolonged football debate decided it was time we did something about the question, 'Who is the best player in the World?'. Housemate Liam suggested setting out to find the greatest 50 players of all time, this swiftly grew to 100, 150 and 200 before we settled on 250. Our original website www.top250.webs.com is still there to answer the debate but we furthered our work to blogging about the beautiful game starting up www.thefootballhistoryboys.blogspot.com.

*All International appearances (goals) correct as of 1st Jan 2014.


"He’s a fantastic player...He’s worked hard and has taken an almighty kick from Tony Adams. He showed the character to get back on the field and score a great goal."
Roy Hodgson after Salas stole the show at Wembley in 1997

"A wonderful striker and arguably the best Chilean to play in Europe. He excelled at Real Madrid, winning La Liga in 1995 and the Copa del Rey in 1993, and also won the 1998 UEFA Cup at Inter Milan."
Daily Mail's Riath Al-Samarrai

"There are very few footballers who have the skill and ability to make a difference, no matter what colour shirt they wear. Gary McAllister was one of them."
The Liverpool Word

"The master came up with a master finish...It was a fantastic individual piece or skill and I am glad it got us something."
Sam Allardyce after Djorkaeff's overhead kick vs Charlton

"Though not the captain of the side and though not immune to a tear or two himself after the trophy had been won, the experienced and highly regarded keeper set an example for his team-mates to follow, while striking fear into the hearts of opposing centre-forwards. His all-round skills and remarkable agility helped him become one of the finest Brazilian goalkeepers of all time"
FIFA.com

“He typifies everything that is good in football, and he has never changed. You could stake your life on Ian.”
Bill Shankly

"Camoranesi is one hell of a talent. In truth, it's hard to think of too many out-and-out right-sided wide midfielders anywhere in the world who are better than him."
Gil Gillespie - Goal.com 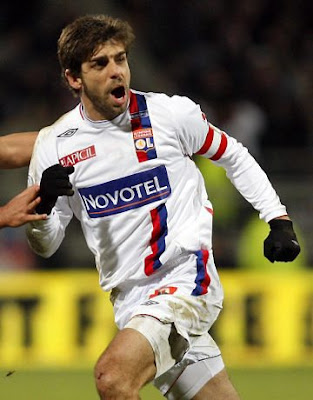 "There have been truly great strikers of a dead ball in the history of football, but can any truly claim to match Juninho across these three determining factors? I would suggest not."
Christopher Atkins - Bleacher Report