By Gareth Thomas March 16, 2014
In February 2013 up in the attic bedroom of our student house, Gareth Thomas, Ben Jones and Ollie Jackson after another prolonged football debate decided it was time we did something about the question, 'Who is the best player in the World?'. Housemate Liam suggested setting out to find the greatest 50 players of all time, this swiftly grew to 100, 150 and 200 before we settled on 250. Our original website www.top250.webs.com is still there to answer the debate but we furthered our work to blogging about the beautiful game starting up www.thefootballhistoryboys.blogspot.com.

"He possessed an uncanny way of moving across the pitch, with speed, control and grace. It is hard to describe his movement, because although he looked like a speeding locomotive that must have made even the likes of Maldini and Nesta feel like rabbits in headlights, there was something graceful about it. Graceful, and yet messy. Almost untidy.  But boy could he move, and his shot was one of the most feared across the world." www.forzaitalianfootball.com

"Old age is when you begin to say, I've never felt so young. The words of French writer Jules Renard could have been composed especially for Roger Milla, the Cameroon striker and African football icon, who exploded on to the international scene at the ripe old age of 38. A veteran blessed with enduring bursts of pace and an unerring eye for goal, Milla took Cameroon into uncharted territory for an African team as they reached the quarter-finals of the 1990 FIFA World CupTM in Italy. Incredibly, he also played four years later in the United States." www.FIFA.com

“Buffon, for us, is the captain. He is the player with the most experience and we are lucky to have the man who I believe is the best goalkeeper of all time defending our goal. We always try to make sure that he has to make very few saves, but it is extremely reassuring having him in goal.” Giorgio Chiellini - Juventus and Italy teammate.

"Hristo was one of the stars of the Dream Team and one of the fans’ most popular players of the 1990s, both for his football and his extraordinary fighting spirit. He was versatile, and could play either on the left or in the middle, making him a highly efficient forward player, with great speed and a goalscoring instinct. He was considered one of the best players in the world for his time, and is the only Barça player to have won the European Cup (1992), the Golden Boot (1990) and the Balon d’Or (1995)" FC Barcelona "Legends"

"Arguably Germany's greatest player in the post-Beckenbauer era, Karl-Heinz Rummenigge followed in the footsteps of Helmut Rahn, Uwe Seeler and Gerd Müller making sure West Germany's world class coverage up front was maintained...  By the 1982 World Cup in Spain, Rummenigge had established himself as one of the superstars in the game. Twice European Player of the Year, 1980 and 1981, and member of West Germany's European Championship winning team in 1980." www.planetworldcup.com

"When football folk get together to debate the legends of the European game, there can’t be many who have entertained, amused and enraged fans quite as much as Jürgen Klinsmann, the infamous Stuttgart bomber." FourFourTwo

"It is often said that, when a striker is through one-on-one, big, onrushing goalkeepers can be an overwhelmingly intimidating sight. Romario inverted that thrillingly. He was only 5ft 6in, but never has there been a scarier prospect for goalkeepers in one-on-one situations. He was not just content to score; he wanted not only to vaccinate an opponent, but to find fresh and ingenious ways to do so. To Romario, one-on-ones were both a fascinating puzzle and – to use the parlance of our time – a p***ing contest." The Guardian 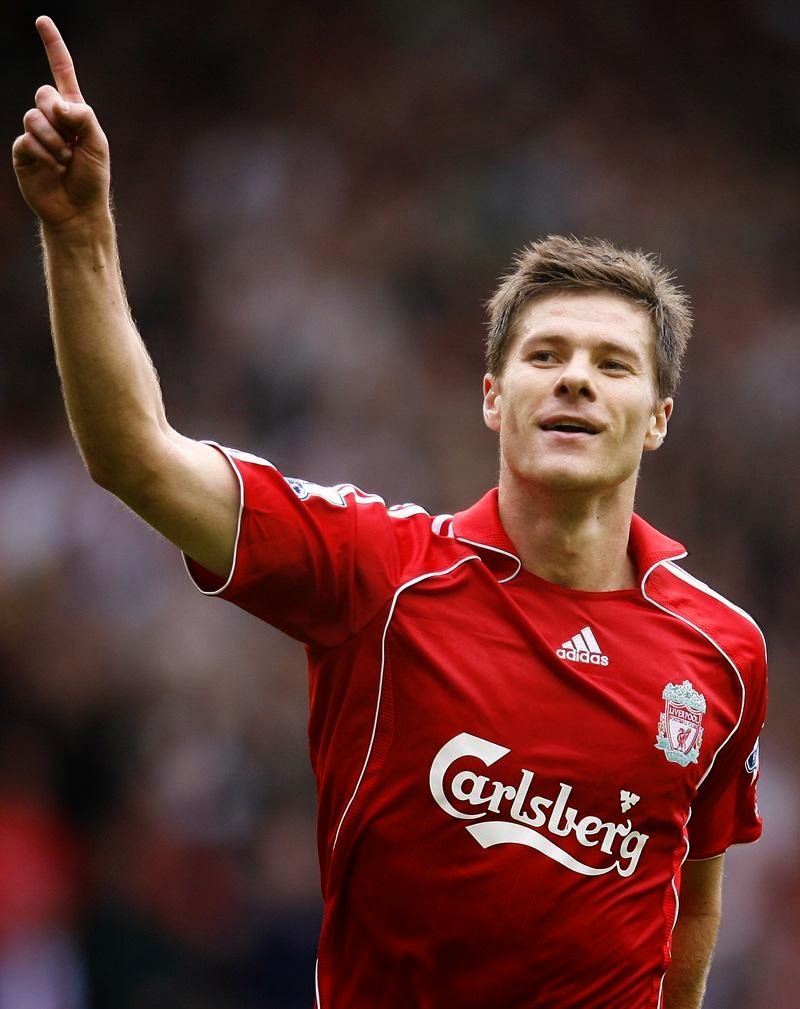 "The Spanish international seemed a natural heir to Jan Molby, with his effortless, beautiful passing at long and short distances, his vision around the pitch and his innate knack of threading a ball through opposition defences. For a set of supporters raised on the idea of 'pass and move' football, Xabi was a gift. In fact, he was a gift that kept on giving throughout five seasons on Merseyside which commenced with the small matter of a Champions League triumph." Liverpool FC's '100 Players Who Shook The Kop'
72. Clarence SEEDORF

“After winning the Champions League three times, I think I can allow myself to say that I'm not afraid of anyone.” Clarence Seedorf (He won four eventually of course)

"Michael Ballack was armed with the complete range of midfield attributes. Adept with either foot, strong in the tackle, deadly in front of goal, powerful in the air and capable of picking a pass. He was an all-round talent. The former Chelsea and Bayern Munich player moulded himself in to the complete midfielder by making himself an asset to his team in both penalty boxes." FourFourTwo