By Gareth Thomas - March 31, 2014
In February 2013 up in the attic bedroom of our student house, Gareth Thomas, Ben Jones and Ollie Jackson after another prolonged football debate decided it was time we did something about the question, 'Who is the best player in the World?'. Housemate Liam suggested setting out to find the greatest 50 players of all time, this swiftly grew to 100, 150 and 200 before we settled on 250. Our original website www.top250.webs.com is still there to answer the debate but we furthered our work to blogging about the beautiful game starting up www.thefootballhistoryboys.blogspot.com.

"He was one of the most unpredictable of Sacchi's side, capable of incredible actions, supported by his powerful physique. Strong in the air and on the ground, during his first year as a Rossoneri, Gullit won a League Title. Despite his meniscus and knee injuries he won another two League Titles and numerous cups including two UEFA Champions League and two European/South American Cups. Gullit won the Golden Ball in the 1987 and he dedicated his victory to Nelson Mandela, a demonstration of his anti-racist commitment."
AC Milan - " Hall of Fame"

"He was the only player I saw who the manager never had a go at. We all went to a film premiere and were told to wear black ties. Eric turned up in a cream lemon suit with Nike trainers. The manager told him that he looked fantastic!" Andy Cole - Manchester United Teammate

"“Le Roi”.“Le Dieu”. Or good old – but never, ever, plain old – Eric. Whatever you want to call Monsieur Cantona, the Frenchman’s four-and-a-half seasons at Old Trafford are the stuff of legend.No.7 shirt collar as stiffly upright as if it had been starched, that imperious look, theatrical swagger and poise, Eric Cantona was born to play for Manchester United – and, even better, he was pinched from across the Pennines to do so."
Manchester United - "Legends"

"Giacinto Facchetti could perhaps most aptly be described as the Pele of the defensive arts. He will forever be remembered as the man who brought fullbacks out of their shells and, while playing under that great architect of catenaccio Helenio Herrera, became the first attacking European of his position in the modern era..
Elegant both on and off the pitch, Facchetti was also a one-club man, rising through the ranks at Inter Milan from player to president and performing every role with the same degree of modesty and dignity. In short, Giacinto Facchetti was class personified." FIFA.com


"It was the late 1960s. England had won the World Cup and Manchester United the European Cup. All over the world there were children who could speak only two words of English. One was "Bobby", the other was "Charlton", such was the esteem in which he was held."
www.ifhof.com quoting TV pundit Jimmy Hill 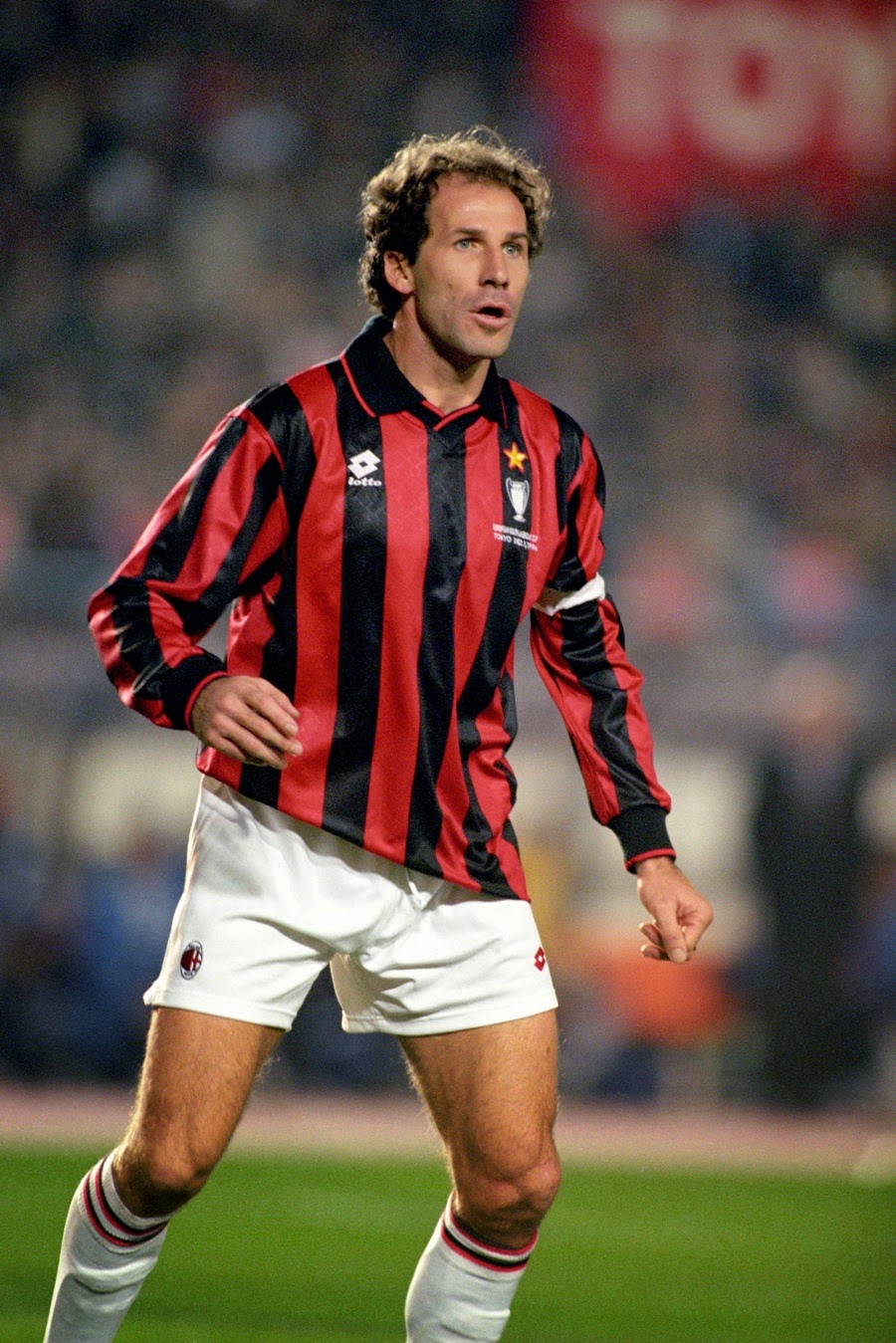 "In 1999 the No.6 shirt of AC Milan’s Franco Baresi was retired. That same year, he was named Milan’s best player of the twentieth century. More recently, he was officially named as Italy’s player of the century too. These are extraordinary accolades to be given to a defender. But then, Baresi was no ordinary defender."
Adam Bate - GhostGoal.co.uk

"He made a mockery of the idea you have to be big, strong and quick to be a great defender. He didn’t rely on his size - he was only 5ft 10in - or his power but he was a brilliant organiser and what he lacked for in pace, he made up for with organisational skills. The way he read a game would keep him one step ahead of the opposition. He was fantastic on the ball. He’d start AC Milan’s attacks by surging out of defence. Brilliant."
Jamie Carragher

"The Ryan Giggs story goes on - and on and on - and still his powers refuse to wane. No longer the daring, dashing left-winger who tormented full-backs, but a calming influence and one of the sharpest passers around. Although his legs may have lost the explosive acceleration, his brain remains ahead of his younger rivals and his ability to produce telling crosses and assists has never been better. In summary, the Welshman is a phenomenon and a footballer to be treasured and talked about in revered tones long after he eventually decides to hang up his boots." Manchester United

"Figo was peerless at dribbling and taking on opponents, and his perfect assists were a luxury for all of the forwards who played with him. He was a leader on the pitch who helped Real Madrid to win honours and further their legendary status." Real Madrid

"During his near 25 year playing career, Rivaldo played more than 800 times at club level, scoring more than 350 goals in the process. He also won 74 caps for his country and scored 34 goals, eight of which came at the FIFA World Cup. He remains among fans and experts as one of the greatest attacking midfielders of his generation, maybe of all time. And in his pomp with Barcelona, former Manchester United captain Roy Keane stated that Rivaldo was the player he most wanted his team to sign." GiveMeSport.com "Dino Zoff is regarded among many to be one of the greatest goalkeepers to have graced the game. He set many records in his career, one of the most notable being for the longest time without conceding a goal in international tournaments – 1142 minutes between 1972 and 1974." Forza Italian Football

"Videos of the playmaker on youtube would show his classic touch of the ball, his astonishing speed, those thunderstrike long range goals blasted from 35-40 yards out, those magnificent feet, inch-perfect passes and a four-dimensional dribbling ability." Goal.com

"Who is the best player in history? Laudrup." Andres Iniesta

Voted for by the public between August and December 2013! Missed some? - click here!
The Top 250