By Gareth Thomas - March 21, 2014
In February 2013 up in the attic bedroom of our student house, Gareth Thomas, Ben Jones and Ollie Jackson after another prolonged football debate decided it was time we did something about the question, 'Who is the best player in the World?'. Housemate Liam suggested setting out to find the greatest 50 players of all time, this swiftly grew to 100, 150 and 200 before we settled on 250. Our original website www.top250.webs.com is still there to answer the debate but we furthered our work to blogging about the beautiful game starting up www.thefootballhistoryboys.blogspot.com. 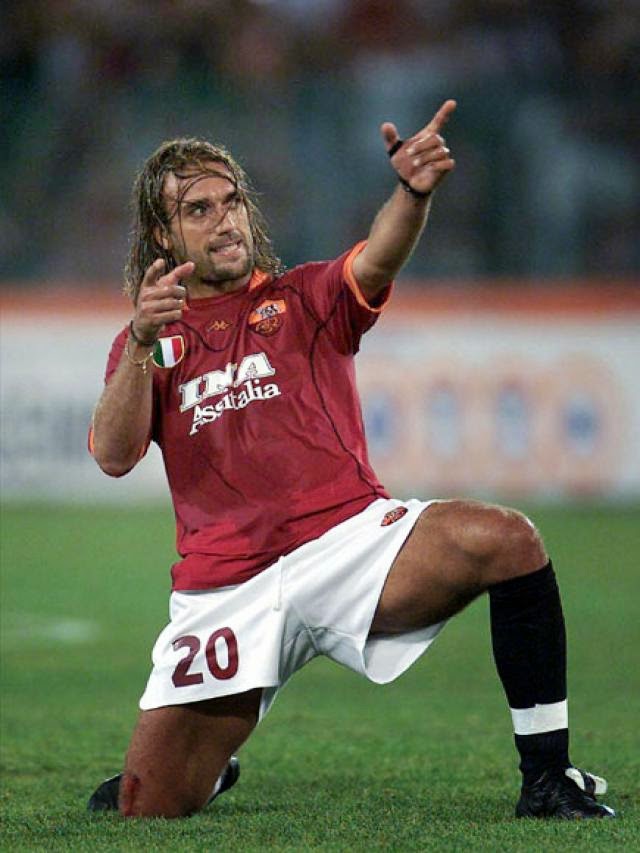 "Today Batistuta resides in his homeland, though nowhere is he held in higher regard than in Florence, where, in tribute to his goal scoring exploits for La Viola, a life size bronze statue stands as a tribute to the prolific Argentine. Tellingly the inscription at the Argentine’s feet reads “To Gabriel Batistuta, indomitable warrior, tenacious in his quest and loyal of heart”. There are simply no better words to commemorate the man known simply as Bati-gol."
fiveinmidfield.com

"He was a spectacular guy. As a player, there is not much to say; he was one of the best that I ever played with. His intelligence was unique"
Zico, Brazilian teammate

"Gary Lineker is one of football's gentlemen. In all his professional career, he didn't receive a yellow card. A silent man off the field, on it he was deadly... In the 1990 World Cup England reached the semifinal, Lineker scored four goals on their way there, making him only the 8th player in World Cup history to score 10 goals or more."
PlanetWorldCup.com

"Philipp Lahm is perhaps the most intelligent player I have ever trained in my career. He is at another level"
Pep Guardiola

"I played against Cafu as well but Lahm is better defensively. He is a great passer, gets up and down, is super-fit and a fantastic leader. He's everything a modern full back should be."
Ray Parlour

"If you hear the name Frank Lampard, you not only think of the man himself but also of the long line of accolades that he brings with him. Lampard has been Chelsea's top scorer in four different seasons and for the 2006/07 FA Cup. Ordinary you may feel - what is the big fuss? Well, remember that he is a midfielder. He is competing with strikers and beating them. His main role as a midfielder is not to score goals - that is what a striker is for, right? Now the importance of these honours should come into focus. The achievements don't stop there, though. He is Chelsea's all-time top scorer with 203 goals."
Givemesport.com
55. Steven GERRARD

"A midfield general who has single-handedly dragged Liverpool to glory on many occasions, Steven Gerrard has come to define the modern Reds and has now been recognised with the No.1 spot in our 100 Players Who Shook the Kop countdown... Gerrard is the prototype footballer of the 21st century, a mould of supreme physical attributes - most notably sheer power - and the technical qualities to shine not just in England, but Europe and across the world." Liverpool FC's 100 Players Who Shook The Kop - #1

"I've felt privileged to be on the same pitch as him for so long. I'll look back in years to come and be thankful I was playing in the same era. He's one of the rare players who can turn a good team into European champions. Without him our recent history wouldn't be so illustrious. That's why I'm prepared to say, alongside Kenny Dalglish, he's the greatest footballer ever to wear a Liverpool shirt."
Jamie Carragher

"Patrick Vieira enjoyed a career path that many footballers would envy... As a player, Vieira had many good technical attributes which included a good first touch, a wonderful heading ability, a good passing range and he was also an excellent tackler of the ball. Vieira was also an aggressive character and his anticipation skills are second to none. While also being a very composed player and his decision making is top-notch. Vieira knew how to position himself well and was a force to be reckoned with in the air."
Goonerdaily.wordpress.com
53. KAKA

"Far from your classic No. 10, Kaka was always a consistent source of attacking fortune because of his ability to grab a game by the scruff of the neck. He wouldn't wait to be brought into the game; he'd go and find the ball and drive at the heart of the opposing formation, striking fear into defenders and midfielders alike."
Sam Tighe - Bleacher Report

"It's time we all raised one arm to salute Alan Shearer, one of the greatest goalscorers England and the Premier League has ever seen.
His partnership with Sutton (at Blackburn), affectionately dubbed 'The SAS' by the media and fans alike, shared 49 goals. Shearer contributed 34 of them. With wide players like Jason Wilcox, Stuart Ripley and Graeme Le Saux providing the ammunition, the League title was won on the last day despite Blackburn losing to Liverpool 2-1.
He formed another SAS partnership at the Euro '96, this time with Teddy Sheringham, and his five goals in five matches helped England get to the semi-finals, where the team were a Paul Gascoigne stud-length from making the final. Shearer's goals did win him yet another Golden Boot for his cabinet however. Shearer was a good benchmark for any aspiring young forwards watching this tournament. He was the most feared striker in Europe at the time and his talents were courted by several high profile clubs."
Totalfootballmag.com
51. Didier DROGBA

"Didier Drogba scored 157 goals in 341 appearances for Chelsea, making him the club's fourth all-time highest scorer. His 34 goals in European competition is a Chelsea record by 10 goals and his incredible nine strikes in nine cup finals contributed immensely to the most successful period in the club's history.
He won three Premier League titles, four FA Cups, two Carling Cups and, in the most dramatic and glorious of circumstances, the Champions League. He was named Chelsea's Player of the Year and Players' Player of the Year and won the Premier League Golden Boot twice.
During his Chelsea career he had a very good claim to be called the world's finest centre-forward." Chelsea FC

Voted for by the public between Aug-Dec 2013