By Gareth Thomas July 03, 2020
As part of a series of Scottish football history articles written for us by radio presenter Alex Horsburgh, today he takes a look at how Dundee very nearly made significant footballing history in 1963...


Dundee (not Dundee United) first Scottish and British European Cup Winners after a tartan invasion of Wembley and an epic battle with Portugal's finest. Too far fetched? We explore how this scenario almost happened and put Celtic and Manchester United's triumphs in 1967 and 1968 respectively in the competition in the shade. 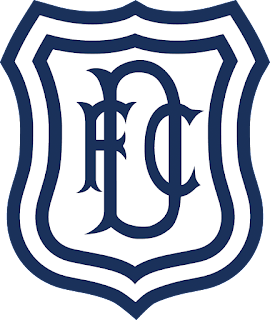 Imagine the first Scottish and British European Cup win coming at Wembley Stadium, with a team playing in the colours of the Union Jack, defeating a club regarded as second only to the great Real Madrid, with Europe's best player (Eusebio) in their side.

This is not some soccer geek, sci-fi, parallel universe fantasy. The scenario almost became real in 1963 when Dundee Football Club launched themselves onto the European scene with a bang as champions of Scotland.

Managed by the great Bill Shankly's brother Bob, and pre-dating his sibling's first appearance in European football with Liverpool by a year, Shankly the elder took the club from Dens Park into what was then a prelim round against crack German outfit Cologne. This was a tough opener on the east coast of Scotland for the Dark Blues in the first leg, with both Scottish national press and Dundee supporters alike unsure if Shankly's men were ready for their famous foreign visitors.

The local press in Dundee asked the more successful of their two local clubs at the time [Dundee Utd were still a couple of years away from the European arena in 1963], to ''just do their best'', a couple of days before their first meeting with Cologne. However, what followed on the evening of September 5th 1962 became one of the most famous games in Scottish football's European Cup history.

In the space of three early minutes any fears among the 25,000 crowd at Dens Park evaporated and it was clear something special was on the cards as Dundee came roaring out the traps against their then West German opponents.


After just 10 minutes, Matthias Hemmersbach headed an Andy Penman cross into his own net and by the time 12 minutes were on the clock Bobby Wishart and Hugh Robertson had added two more with the visitors looking around as if waiting for the match to start properly.

As the onslaught continued, by the break Alan Gilzean,later of Spurs, and Gordon Smith, who’d played in the competition with Hibernian six years earlier, made it 5-0. 'Gillie' would complete his hat-trick and Penman got on the score sheet before a deflection off Alex Hamilton gave Cologne the only consolation of their nightmare.

The 8-1 victory made headlines throughout Europe, though it was probably best summarised by former player and local football writing legend Tommy Gallacher who described the display as “a magnificent brand of cultured precision football".


There are, of course, two sides to every story and the version told in Germany was somewhat different.

Cologne were furious over an Alan Cousin challenge within just two minutes that left their goalkeeper, Fritz Ewert, concussed and missing from the field after half-time. Despite this, it was maybe only the Germans [press and players] who could say with all seriousness that the tie ''was far from over'' at full-time even though Dundee, maybe embarrassed by the scoreline at the end against ten men [no subs back then], apologetically applauded Cologne off the field at the end of the match with an eleven man guard of honour.

Dundee and Cousin, known for his honesty, always maintained the collision was accidental, but it didn’t stop the Germans swearing revenge for the second leg.


Accordingly, Dundee goalie Slater was targeted and it led to one of the more bizarre incidents in Dundee’s European history, when he suffered a head knock during the first half. The hardy Slater was determined to play on but home officials tried to force him into an ambulance. It was a battle they were never going to win and once he had his wounds tended, the goalie returned to the pitch.

Cologne won their home tie 4-0 but Dundee went through on an 8-5 aggregate to qualify for a 'first round proper' match v Sporting Lisbon, who were representing Portugal, along with European cup winners the previous season Benfica.

Once again Dundee proved a tough nut to crack at home. They overcame a 1-0 first leg deficit by winning 4-1 against Sporting at Dens, suddenly finding themselves within touching distance of a final in London, where no Scottish club side had played before [or since].


The big names kept on coming in the Quarter-Finals, and it was Anderlecht of Belgium next for Bob Shankly's side, but by now Dundee had the wind in their European sails and a 4-1 win in Belgium saw an Alan Gilzean double, with Alan Cousin and Gordon Smith adding to a tally only blotted by a home penalty from Martin Lippens.

Dundee took their foot off the gas at Dens in the second leg, but still won on the night 2-1 to win 6-2 on aggregate and now only AC Milan stood in their way. The city, famous for Jute, Jam and Journalism started to believe a debut season in Europe could end with the biggest European club trophy of them all.

April 24th 1963 saw Dundee in Milan for the biggest test in the club's history to that date and within three minutes it was clear that it was another level, as Dino Sani put the Italians ahead before Alan Cousin equalised on 22 minutes.

1-1 at half time, the match was poised in Dundee's favour but the Scots made the worst possible start to the second half. Within 90 seconds of the resumption, Paolo Barison put AC Milan back in the lead before Bruno Mora put the game beyond Dundee's reach five minutes later. Mora and Barison got on the score sheet again near the end for a final score of 5-1 AC Milan but could a miracle happen at Dens Park in the second leg?


Dundee were certainly not out of their depth against Milan in the second match in Scotland on May 1st 1963. However, the Italians defensive qualities were revered at the time and it would take until the 81st minute for Dundee to break the 0-0 second leg scoreline. Alan Gilzean gave the home side a glimmer of hope, only to be sent off five minutes later as the frustration of chasing three goals to tie the aggregate score became evident, and there was no away goals rule at the time either. Meaning a one-off play-off in a neutral country would be required, if the overall score was 5-5, Dundee though, would win 1-0 on the night, but lose the semi 5-2 on aggregate.

AC Milan went on to beat Benfica in the final of 1963 at Wembley 2-1 to win the European Cup for the first time in their history. Maybe the distraction of the European run took its toll on Dundee too, as they ended up finishing 9th in their domestic league at the end of the 1962/3 season, with local rivals Dundee United in 7th.

By the end of the 1960s, United were overtaking Dundee as top dogs in the city and would end up falling at the semi-final hurdle themselves in the European Cup. They lost on aggregate to a Roma side who would lose the 1984 European Cup final in their home city to Liverpool on penalties after a 1-1 draw.

Dundee can at least say ''we were first''  and how close they came to unseating Celtic [winners against Inter Milan in the European Cup final of 1967] as the first UK winners of the trophy.

Our book is available to buy here! https://www.amazon.co.uk/Footballs-Fifty-Most-Important-Moments/dp/178531632X

©The Football History Boys, 2020
(All pictured borrowed kindly & not owned by TFHB)