By Gareth Thomas - December 01, 2021
Seeing as @AlexHTheMAX has been chilling in Italy recently so it's only fitting he brings us the story of one of the finest Scotland v Italy encounters from a Scottish point of view. 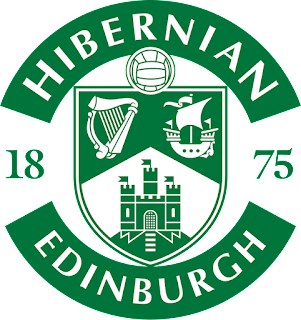 1967 was maybe the greatest post-WW2 year for Scottish football.

Celtic became the first British team to win the European Cup beating Inter Milan 2-1 in Lisbon. Rangers also made a Euro final, but lost 1-0 to Bayern in the Cup Winners Cup final, whilst Kilmarnock made the semi-finals in the third Euro club competition of the era, the Fairs Cup, just failing to make it three Scottish sides in three respective European finals in '67.

Scotland became the first team to beat 1966 World Cup winners England in April 1967, while Scottish players featured heavily in the English top flight at all of the major clubs.

As '67 drew to a close there was still time for another unforgettable night for Scottish football. On November 29th 1967 =, Hibernian overcame Napoli (with future World Cup winner Dino Zoff in goal for the visitors) in front of 21,000 in the Fairs Cup at Easter Road after losing the first leg of their tie 4-1 in Italy.
Hibs had been the first British club to play in Europe 12 years earlier, in the inaugural European Cup, as Chelsea declined to participate as English champions, and Scottish champions Aberdeen were replaced by the Edinburgh club in a controversial move by the SFA/Scottish League. This did end in some glory as the Hi-bees made it all the way to the semi-finals before losing to Reims of France.

Before Hibs' tie with Napoli in season 1967/68, no Scottish club had beaten an Italian side over two legs in European competition in seven previous attempts.

The '67/68 Third Round Fairs Cup tie seemed settled when Napoli won the first leg 4-1 in Italy. However, Hibs manager Bob Shankly (brother of Liverpool legend Bill), shocked home journalists in the post-match press conference by saying the Scots would win the tie on aggregate. So the stage was set for a showdown in Leith as ten Italians and the Brazilian Cane lined up to defend their considerable lead at Easter Road.

Hibs featured ten Scots and the Dane John Madsen in their starting eleven on the night. Peter Cormack would later star at Liverpool and Colin Stein would be the first £100,000 transfer between Scottish clubs in 1968 when he'd move from Hibs to Rangers.

The legend Pat Stanton was captain and Eric Stevenson passed a late fitness test, celebrating his inclusion with involvement in the opening goal of the 2nd Leg scored by Bobby Duncan in 5 minutes, as Hibs powered forward against the Italian league leaders.
Pat Quinn scored Hibs 50th European goal as he put the home side 2-0 ahead on the night in 44 minutes, a goal that had only been delayed by 21 Napoli fouls in the first half alone.

By the time Hibs went 3-0 ahead via Peter Cormack (66 mins) to tie the aggregate at 4-4 there was only going to be green and white celebrations on a jubilant night in Edinburgh and 90 seconds later captain Stanton made it 4-0 and 5-4 overall.

Colin Stein scored number five (6-4 on aggregate) in 77 minutes and it could have been more with two decent Hibs penalty claims being turned away by the referee.

Sub Girardo was sent off for a petulant kick at Stevenson as Napoli folded but the Naples giants would've been as well exiting at half time as Hibs were just too hot to handle in that 2nd Leg as the spirit of '67 burned brightly under the Easter Road lights.

Sadly, Hibs would go out to Leeds Utd in the next round, and it would be the Yorkshire side, not the conquerors of Napoli, that would go on to claim the trophy beating Ferencvaros of Hungary in a two legged final. ironically after seeing off two further Scottish clubs in Rangers and Dundee, in Battle of Britain Quarter final and semi final ties.

However, the demolition of Napoli by Hibs is now stuff of folklore in Leith even though there was to be no Euro silverware to follow the famous 6-4 aggregate win against Zoff and the rest.
By Alex Horsburgh, written for @TFHBs
©The Football History Boys, 2021
(All pictures borrowed and not owned in any form by TFHB)
Scottish football

Derek PHILLIPS said…
Having been a 14 year old spectator at this incredible match is my most treasured memory of following Hibs.
I am astonished that there is not a TV or film image in any Scottish sporting archives.
Thanks for the memory !