By Gareth Thomas - December 21, 2021
Although a couple of league games were played on Christmas Day 1976 north of the border the last full football fixture list on December 25th in Scotland was in season 1971/72. @AlexHTheMAX turns the clock back 50 years when it was a Subbuteo set from Santa then off to the game like any normal Saturday. 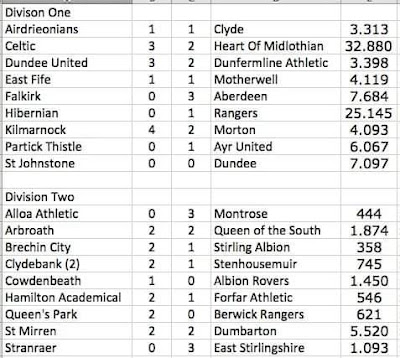 When you think of the winter holiday season Scotland is, of course, synonymous with Hogmanay and celebrations that bring in the New Year, but even those with a keen intetest in the festive season might be surprised when they read it was well after WW2 before Christmas Day became a public holiday in Scotland (1958). Both Boxing Day and New Year’s Day achieved public holiday status over a decade later in 1974.

As the decade of the 1970s began to establish itself Christmas Day 1971 was a case of business as usual in the then two division Scottish League set up of 18 and 19 clubs respectively.

There were no play-offs and no Scottish pyramid back then and we were still four years from the establishment of the Scottish Premier League and a three division set up of 10/14/14 which has since been tweaked and changed as the game has evolved.

Meadowbank Thistle (now Livingston FC) were added to the Scottish League in 1974, but in 1971 Third Lanark had only been out of business four years while East Stirlingshire and Clydebank were separate entities again, after briefly merging to become ES Clydebank in the mid 1960s. Although, any youngster receiving a Subbuteo scoreboard accessory for their 'flick to kick' set on Christmas morning 1971, would still find ES Clydebank as one of the league clubs available for the scoreboard from England and Scotland, an anomaly that was not resolved until the late part of the decade.

Nearly 8,000 fans turned up for the last Christmas Day game in Scotland in 1976 when Alex Ferguson's St Mirren drew 2-2 with Clydebank after a 3pm Kick Off. Fergie was in his second role as a boss at that time, after leaving East Stirlingshire for Paisley, and still ten years from the pinnacle of his managerial career at Old Trafford, but it was to be another point for the Buddies at Kilbowie Park, Clydebank on the way to the Saints eventual promotion to the Scottish Premier League in May 1977.

Amazingly, on the same Xmas day in '76 it was an 11am start for Alloa Athletic v Cowdenbeath in Scottish Division 2, the home side winning 2-1 with a crowd of 731 in attendance. Alloa were rewarded with not only two points for a Christmas Day win, but eventually promotion at the end of season 1976/7 as runners up to Stirling Albion.

Meanwhile, back on Xmas Day 1971, Fergie was a forward with Falkirk FC and although that team didn't get on the scoresheet for Santa there were some decent attendances for festive fixtures in Scotland as you can see.

Celtic and Rangers took the bulk of the support of course. Over 25,000 turned up at Easter Road for the visit of a Gers side a few months away from European glory in the Cup Winners Cup final of 1972, where they'd beat Moscow Dynamo in Barcelona. Celtic entertained Hearts in the other Glasgow v Edinburgh clash with nearly 33,000 paying for the privilege.

Celtic would go on to reach the European Cup semi-final of 1972 before losing to Inter Milan on penalties at Parkhead after a scoreless aggregate draw.
Only one top flight game failed to produce a goal on Christmas Day 1971 in Scotland as St Johnstone and Dundee ended 0-0 at Muirton Park in Perth, which would remain Saints ground until 1989, when McDiarmid Park was completed and Muirton was sold for the construction of a retail superstore.

In the second tier on Christmas Day 1971, Cowdenbeath were leading the way after relegation the previous season. It's a real sign of changed times that 50 years later, the Fife side are facing 2022 as bottom side in Scotland, with less than 400 watching their fixture v Albion Rovers on December 18th, 2021, as opposed to a four figure attendance on Dec 25th 1971.

Every second tier game on Christmas Day 1971 produced goals and St Mirren pre-Alex Ferguson (relegated with Cowdenbeath in May 1971) produced a better attendance than four top tier games. This was impressive stuff for a club who had the big two in Scotland from Glasgow just down the road and still do in the 21st Century despite the fact that their 1971 stadium in Love Street, Paisley is long gone.

Celtic would win the Scottish First Division Championship at the end of season 1971/2 on a journey to 9 league titles in a row by 1974, before Rangers broke their spell in '75. Whilst Arbroath and Dumbarton would gain promotion to the top tier in season 1971/2 despite neither team winning on Christmas Day 1971.

Dunfermline Athletic and Clyde were relegated from the top tier at the end of season 1971/2.

Scotland would end 1971 internationally on December 1st with a 2-1 defeat in Amsterdam v Netherlands in a friendly. The significance of that game being Arsenal goalie Bob Wilson gaining his second and final cap, after becoming the first player to gain a Scotland cap under the new parentage rule where a player could play for the country his parents were born in.

Wilson was born in Chesterfield of a Scottish Mother and Father and was capped by then Scotland boss Tommy Docherty for a match v Portugal in October 1971 after winning the double of league and FA Cup with the Gunners in season 1970/71.
Today, football on Christmas Day is a distant memory, but it does not remove the brilliant tradition for many of taking in a game over the Christmas period. 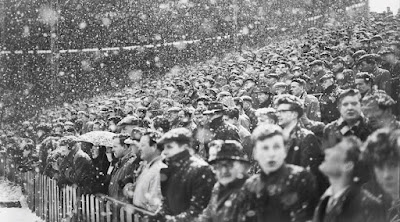 By Alex Horsburgh, written for @TFHB.
©The Football History Boys, 2021
(All pictures borrowed and not owned in any form by TFHB)
Scottish football