Written by The Football History Boys on January 21, 2021
'Who is the greatest footballer of all-time?' is a question which is asked over and over again. We've asked it ourselves twice - in 2014 and 2017. In 2014, Zinedine Zidane came out on top before Lionel Messi took the crown in 2017! With records continually being broken by this generation's greats (Lionel Messi and Cristiano Ronaldo), as well as the untimely death of the legendary Diego Maradona - it seems that now is the perfect time to revise our list and see who our followers believe to be the greatest of all-time!
The vote will last until February 1st (TFHB's 8th Birthday)! Once the vote has finished, the final 32 names will be drawn in 8 groups of 4 and the voted on our Twitter page @TFHBs in a World Cup format!
Simply choose five players who you believe to be the best of all-time:
Loading...
©The Football History Boys, 2021 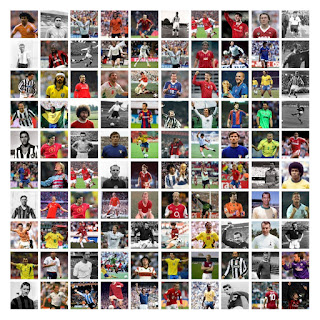 Anonymous said…
The poll will get spammed by CR and Messi fanboys
The real top 5 in football history are
Pele
Maradona
Messi
Cruyff
Di stefano
21 January 2021 at 17:57

Rajesh said…
Messi
Maradona
Pele
Cruyff
De Stefano
For me Maradona and Messi are alike, I pick Messi for his unbelievable consistency. Jorge Valdano, Maradona's amigo said, Maradona was Maradona once in a few days. Messi is Maradona every day.
22 January 2021 at 11:06