The 50 Most Important Moments in Football History

By The Football History Boys October 30, 2018
As we approach our 6th year - we've decided to compile a list of the 50 most important moments in Football History. Since we started the blog and finished our studies at Swansea University in 2014 - we've looked deeper and deeper into the moments and stories which have made the sport into the beautiful game. For many in this technological age dominated by social media - the history of football begins in 1992 with the introduction of the Premier and Champions Leagues. Both undoubtedly important moments, but in this list we will be going right the way through the illustrious, colourful and often tragic history of football.

We will start our list with the game’s origins - public schools, football associations and rules, before moving swiftly through the decades. Much of what makes football the game we know and love today stems from the decisions made in the Victorian era as professionalism took over and tournaments were introduced. By the turn of the century we can see the beginnings of football's global appeal. As the British Empire continually expanded, football followed with it to the furthest corners of the globe. 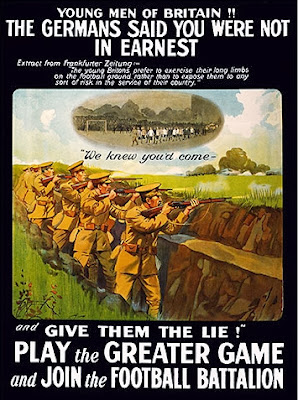 By the start of the First World War, football had become a common ground amongst nations so opposed in ideologies, even becoming a symbol of hope on the battlefields of France and Belgium. Throughout the war, the Football League in England (and some Welsh teams) was suspended leading to the women's game being picked up and celebrated by large crowds to raise morale for the war effort. By the end of the war, the Football League had returned and an FA ban was placed on women playing at FA grounds. It would be decades before it returned.


Technological advances, sped up due to war, brought transportation into new realms. Planes, faster ships and more easily available automobiles meant the world was getting smaller. By 1930, FIFA had its first World Cup and the question of which nation is the greatest on Earth was answered. Outside of football, this question was also asked by politicians leading to the Second World War. 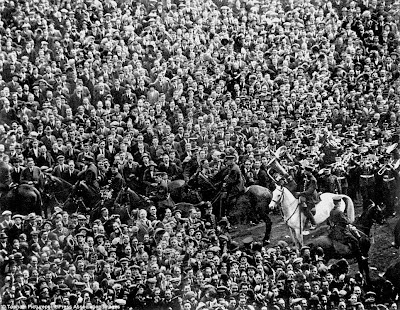 Following the war, commercialism and new money led to attendances continue to rise before the mass production of the television meant the game could be watched from the comfort of people's homes. The late 50s and 1960s would bring social revolution and a cultural change across the world. Football continued to grow with the European Cup and Championships leading to high quality matches and tactical styles never seen before.

Football was to have its first superstars and celebrities. In the UK, George Best epitomized how football and celebrity was closer than ever. Puskas, Pele, Di Stefano ruled the game before new flair was seen in the progressive styles of Johan Cruyff's Ajax and Beckenbauer's Bayern. Consecutive European Cups led to these teams being regarded as two of the best ever and tactical changes saw some of the game's greatest managers. 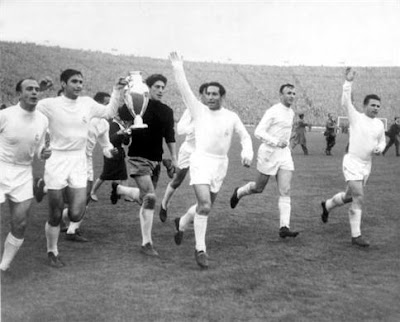 Tragedy was never far away however. In 1949 the impressive Torino team was taken from us too soon in the Superga Air Disaster, before Matt Busby's Manchester United team suffered in Munich in 1958. By the 1980s, the Bradford Fire, Heysel Stadium Disaster and Hillsborough tragedy brought into question the standard of modern football stadia and people's attitudes towards football supporters.

On the pitch Diego Maradona introduced genius and controversy and British teams dominated the European Cup with Liverpool, Villa and Nottingham Forest all winning Old Big Ears. The 1990s saw football reach new levels. Television was now the leading source of news and communication for people around the world and large companies like SKY began to take their pick of the action. The Premier League split away from the Football League after 104 years and money was pumped into the sport like it had never been before. 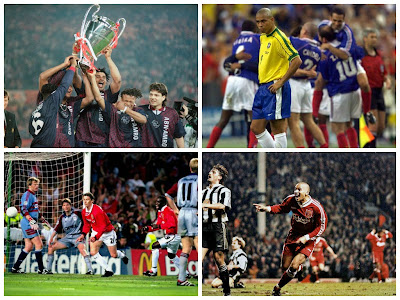 As the standard of football improved alongside the stadiums in which it was played, football would expand its global franchise. By 2010 the poorest continent on Earth, Africa, would also play host to the World Cup showing how a sport can bring everyone together in one language. The modern era of football would be defined by two players - Lionel Messi and Cristiano Ronaldo, both winning multiple Ballon d'Ors and Champions Leagues.

Of course, there are a number of moments not even mentioned here, but over the next few weeks, we will see how certain moments have led to the changes we can see since 1863. Football is a sport which is ever growing and ever reflecting the world in which it is played. It is something we need to celebrate and better understand.

What do you think is the most important moment in Football History? Let us know!

If you have spare minute - please vote for us in the 2019 Football Blogging Awards! Thanks!