By The Football History Boys - February 04, 2014
In February 2013 up in the attic bedroom of our student house, Gareth Thomas, Ben Jones and Ollie Jackson after another prolonged football debate decided it was time we did something about the question, 'Who is the best player in the World?'. Housemate Liam suggested setting out to find the greatest 50 players of all time, this swiftly grew to 100, 150 and 200 before we settled on 250. Our original website www.top250.webs.com is still there to answer the debate but we furthered our work to blogging about the beautiful game starting up www.thefootballhistoryboys.blogspot.com.

"When someone mentions Liverpool in the 70s and 80s, you could be forgiven to think firstly of Dalglish, Hansen, Keegan and Rush. However, there is one player who is often forgotten despite being an ever present in the Liverpool XI and making a staggering 417 consecutive appearances from October 1976 to September 1983. A player unmatched nationally in European Cup triumphs.... Phil Neal will be remembered for the success, the passion and the commitment to the club and of course winning four of the five European Cup victories the club is internationally respected for. But without doubt Neal's fondest memory would be scoring in the 1984 European Cup final against Roma."
Ben Jones - TFHB - Part of the blog "Phil Neal: The Man They Called Zico" 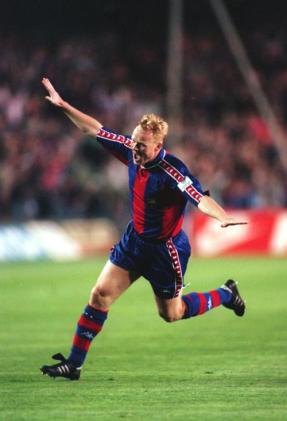 "The Dutch defender was one of the central figures in the Dream Team, being a masterful player just in front of the defence and being the provider of amazing pinpoint passes that generated so many dangerous opportunities. He will also always be remembered for being one of the most reliable penalty takers the sport has ever known, for his free-kick abilities, and for the record breaking power he could put behind the ball."
FCBarcelona.com

"Pires was a revelation, boasting a playmaker’s vision and a striker’s instinct in equal measure. His unusual running style was deceptive as Pires' fleet-of-foot was vital in the Arsenal machine of the early 2000s. Pires arrived with some pedigree - he had been part of the all-conquering French team of 1998 and 2000 - but, by his own admission, he struggled early on. Fears that he would falter under the physical demands of the Premier League seemed merited. But familiarity brought about a potency in Pires, and the Frenchman began to thrive."
Arsenal.com - voted #6 in their "Greatest Gunners" list.

"Alves is hardworking; the man just doesn’t stop running and even tiring. It’s like he is on fourth gear always. He can score a goal from a distance, an ability that not many of his teammates possess. He is one of those rare defenders, the sort who enjoys attacking and gives nightmares to the very players who play in his position. Simply put, Alves any day prefers to run towards the opponent’s goalkeeper rather than stay close and offer support to Valdés."

"Van Bronckhorst was the epitome of the modern defender; dynamic, energetic, as comfortable going forward as he was in retreat, gifted technically and in possession of a fierce shot. If a little lightweight upon arrival, he soon bulked up to cope with the physical demands of the Scottish game."

"Bruno Conti is one of the true legends of the Italian game. Having spent his whole career at the same club he has a firm place in every Roma fan’s heart...He was Roma’s key man in them winning their second ever scudetto. In a team with the likes of Falcao, Agostino Di Bartolomei and Ruberto Puzzo, Conti shined, creating numerous goals and was the link between attack and defence...A model professional Bruno Conti will never be forgotten." 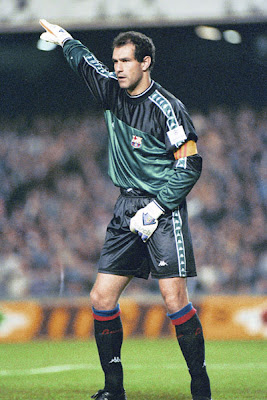 "He had many qualities, including his level-headedness and superb positioning between the sticks. In 1986 he joined FC Barcelona as a replacement for the legendary Urruti. He was the mainstay of the famous 'Dream Team' and was, along with Koeman, the hero of the Wembley final with a series of miraculous, decisive interventions. Known as 'Zubi', he was also captain of the club for several seasons, and was noted both on and off the pitch for his serenity and psychological balance, which he was constantly able to transmit to the other players in order to get through the most difficult of match situations."
FCBarcelona.com

"A member of the brilliant French team that won the FIFA World Cup in 1998 and the UEFA European Championship in 2000, and with a highly distinguished career at Bayern Munich, Bixente Lizarazu has won just about everything there is to win in professional football. The man from the Basque country has always had a close relationship with the ocean, and is a huge fan of marine sports like sailing, stand-up paddle and of course, surfing. Since hanging up his boots, Bixente has been a keen surfer and is frequently to be found big wave riding. As a passionate defender of marine ecosystems, he set up the foundation Liza, pour une mer en Bleu and is involved with the Surfrider Foundation through various ocean-based initiatives."
BoardRiders-Week 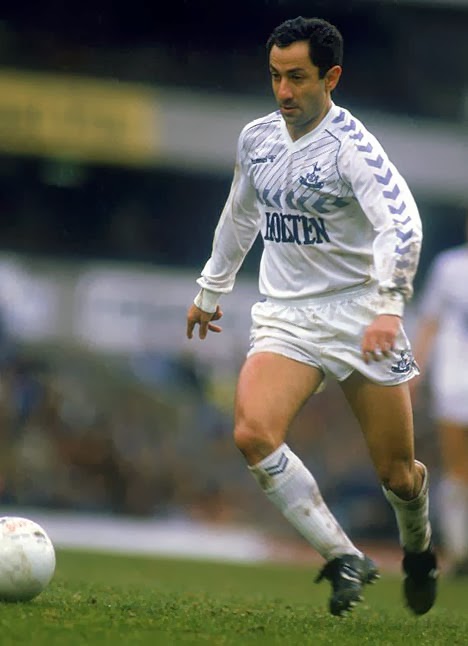 "An instantly popular cult hero for Tottenham Hotspur upon his arrival in 1978, Osvaldo Ardiles led the charge of foreign players to the English league. Fresh from a World Cup win with Argentina, the diminutive midfielder set a high standard for any other South American players hoping to follow his move. Known for his great work rate, perceptive reading of the game and ability to find the right pass, Ardiles quickly also got stuck into the physical side of the English game."
National Football Museum - Hall of Fame

"Holland have been known for their total football and free-flowing style of play for the last 40 years, however after numerous near-misses the defensive side began to become more integral. Mark Van Bommel was the finest example of this new ideology with his combative midfield displays for club and country over the last decade. His record of winning domestic titles in four different countries makes him stand out from the crowd and his dominant performances for Rijkaard's Barcelona in 2006 meant a UEFA Champions League was added to his illustrious honours."
Ben Jones - TFHB
The Top 250