By Gareth Thomas June 18, 2022
The prospect of the Group of Death has always been an intriguing part of the World Cup. Here we take a look at 1974 and a clash of 4 significant footballing nations: 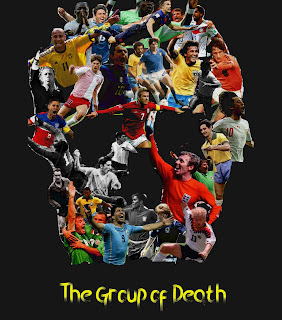 1974 World Cup - Second Round - Group A
Netherlands (16)
Brazil (1)
East Germany (7)
Argentina (9)
The world was a turbulent place in 1974. On 5 March 1946, Winston Churchill had famously declared: ‘From Stettin in the Baltic, to Trieste in the Adriatic, an iron curtain has descended across the continent [Europe]’ [1]. Churchill’s comments spoke of the division that was approaching for Europe following the Second World War. With the Soviet Union championing the Communist ideology in the East, and Britain, France and even the USA encouraging free market capitalism in the West. No country better displayed this ‘iron curtain’ divide during the ‘Cold War’ than Germany, a nation who had become four and then two, East and West, following the aftermath of the war. In 1974, with tensions still high, and the ‘iron curtain’ firmly in place, West Germany would be selected for the honour of hosting the tenth edition of the FIFA World Cup.
16 teams, from five continents, would compete in 38 matches across nine different host cities. Teams were drawn into four groups of four, with Brazil, Italy, Uruguay and West Germany separated by seedings. This tournament followed Brazil’s third success in four World Cups, and they came to West Germany as one of the favourites to lift yet another trophy. Likewise Italy, runners-up in the previous edition, were desperate to go one step further this time. Their rigidly defensive style, even with some attacking evolution over the intervening four years, was still being described ‘as much fun as toothache’ [2], despite the victories it earned them. Of course the West Germans themselves, as hosts, were eager too for a mighty triumph on home soil.
These favourites were also joined by some fascinating newcomers, as Australia, Haiti, East Germany and Zaire (now Democratic Republic of Congo) made their first World Cup finals appearance, with both Poland and the Netherlands returning for the first time since 1938. In regard to home nation representation, the only side who qualified were Scotland, who themselves were making their first appearance since 1958. Wales manager Dave Bowen nailed his colours to the West German mast in pre-tournament media: ‘I find it difficult to visualise West Germany failing to win the World Cup’ [3]. Despite no English involvement, the Newcastle Evening Chronicle previewed the zeitgeist of this global feast of football in meaningful and apt fashion:
‘Football has far reaching social, political and economic effects... Football has been, and still is, a substitute for patriotism, a post-Marxian opium of the masses, a potent form of escapism and even today marvellous entertainment.’ [4] 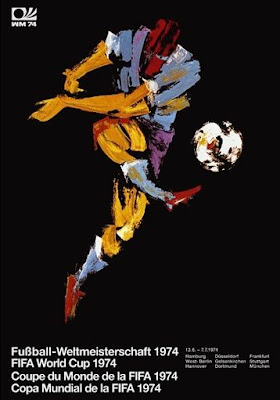