By Gareth Thomas September 14, 2020
Newspapers play an incredibly important part to all that The Football History Boys do. Our first book, published in April 2020, was reliant upon newspaper sources, the local and national papers playing a fundamental role in recording the history of the beautiful game. The website Historic Newspapers, have seized upon this in a fantastic way, offering customers the opportunity to purchase their piece of history, both sporting and otherwise. 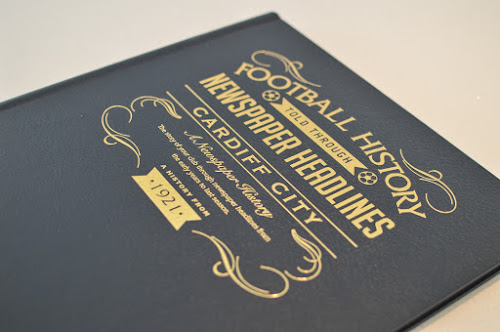 Ever since I heard about Historic Newspapers I was been desperate to get my hands on one, in fact, it was on my Christmas list for this year! So when they got in touch asking to link up with The Football History Boys I was delighted to see what their Cardiff City book would be like. Here is our review, plus details about a competition to win one of your own.
Historic Newspapers were able to personalise our high-quality hardback book with 'The Football History Boys' embossed on the front, and as the picture below shows, contains the opportunity to include a gift message to whomever you are purchasing the book for, a nice touch if it is for a friend/family member. 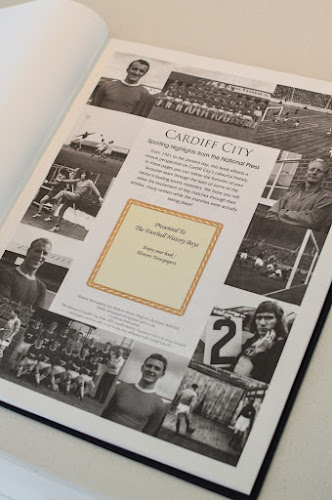 My team, my beloved Cardiff City, could claim their finest decade to be the 1920s, promotion to the First Division followed by finishing runners-up in the FA Cup Final in 1925, before winning the competition at the second attempt in 1927. Historic Newspapers covers all of these major moments in a brilliant manner, with the newspaper articles from the very day itself.
It is so good to hear the story as journalists reported it, with Arsenal's Welsh goalkeeper, Dan Lewis, taking the brunt of the blame for the mistake that led to Cardiff's 1-0 victory. The book contains the pictures from a number of different newspapers, showing Fred Keenor and the FA Cup winners recieving the trophy and celebrating the great moment the cup was taken for the first (and only) time from England to South Wales. 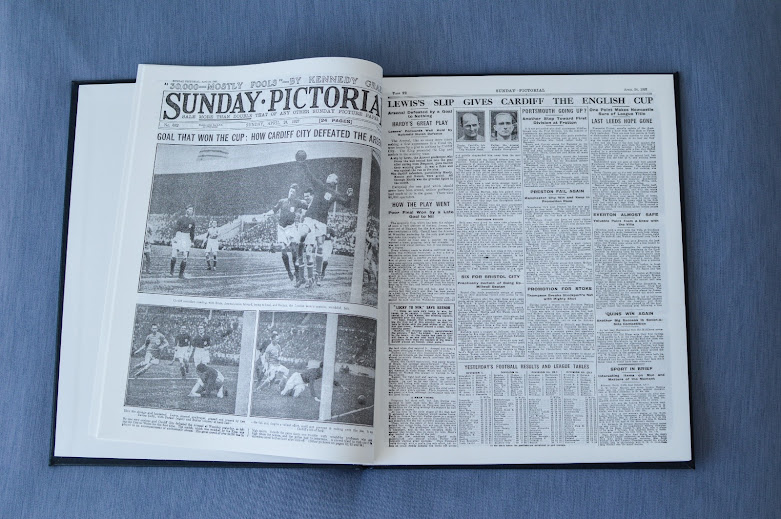 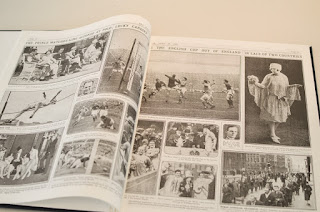 The book also covers other significant moments in the club's history, including the mighty win over Real Madrid in the European Cup Winners' Cup, quarter-final first-leg in 1971, each moment containing not just the national paper view, but also what local journalists and fans were feeling at the time.
The book's produeed by Historic Newspapers' are not just old school either, but come right up to the modern day for each club that they produce the book about. In Cardiff's case we see Cardiff promoted back to the second tier of English football in 2003, as well as the 2008 FA Cup Final, 2012 League Cup Final appearance, the recent promotions to the Premier League and of course the infamous rebrand from blue to red too. 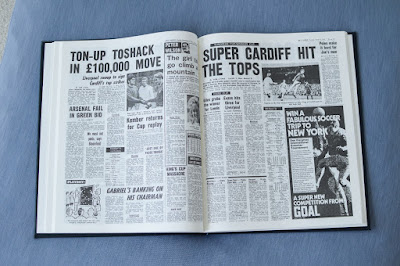 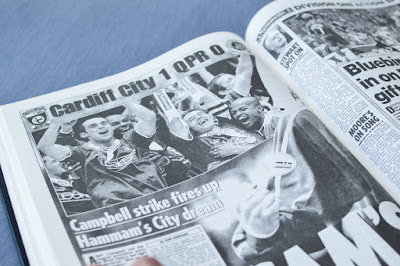 There is no doubt this newspaper archive of the history of my club will provide me with many hours of reading pleasure, reminiscing and learning about each moment covered. It genuinely feels like this has been put together by a Cardiff City fan, lovingly, following many weeks of research. I can only assume each club they cover, and the list is pretty sizeable(!), is constructed with the same craft and care.
Just a final point, it is not just the sports that are a great read. As a secondary school History teacher, I love seeing the adverts that are included from the time, taking in snippets of advertising from the 'Roaring Twenties' or hearing about smaller, lesser-known news stories that have made the cut by chance. Rest assured, whoever you purchase one of these books for, friend, family or yourself you will not regret it!
Get your own personalised historical football newspaper book here, or head over to our Twitter page (@TFHBs) to be in with a chance at winning a copy of a Historic Newspaper book of your choice! 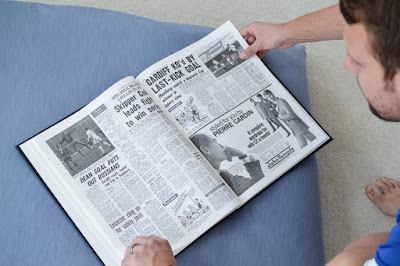