The birth of The Football History Boys

Written by The Football History Boys on February 01, 2013
Welcome!! 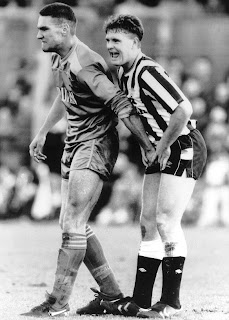 During the summer of 2012, towards the end of our first year of university studying History in Swansea, the usual talk of football took a new turn. The recent performances of Lionel Messi and his staggering tally of 73 goals throughout the 2011-12 season sparked off the debate of just who is the greatest player of all-time? Liam posed the question, why not try and work it out for ourselves and make a countdown of the top 50 players ever? The number of 50 quickly multiplied to 250 and the TOP 250 was born.

Since the original idea of a Top 250, the website and group who write on it decided to extend the historical significance toward teams, tournaments, managers and many more categories of the beautiful game for our readers and passers by to get stuck into.

Whether you want something to procrastinate to or just because of your love for the game, The Football History Boys is the site for you!

Recently we have had retweets from Guillem Balague, Neil Mellor and scouse impressionist Darren Farley! The Football History Boys are going somewhere!

As well as this we have now gone on to write for the BBC, Soccerlens, The 4th Official and many other football-based websites! 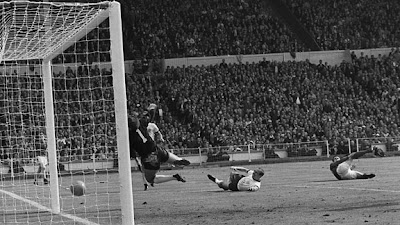 Anonymous said…
Just researching topics to get boys engaged in history for a presentation and have chosen to talk about Walter Tull - first black Premier League player and first black British Officer in the Somme. Might be of use to you for further articles?
12 February 2013 at 16:25

The Football History Boys said…
yes! without a shadow of doubt, sounds very interesting! Will sort out some kind of blog on Walter!
12 February 2013 at 16:54