By Gareth Thomas - July 07, 2022
After 117 years as a Scottish League club Cowdenbeath start a new season in the 5th tier of the Scottish game on July 23rd. Their opening fixture is against Celtic's 'B' team which is a long way from some of the Celtic sides they have faced in their previous history. @AlexHTheMAX explores some Fife and hoops history.
Cowdenbeath FC start a new era as a non-league side in the Scottish Lowland League on July 23rd, 2022 against Celtic B (the Glasgow side playing their home fixtures at Airdrieonians FC).
Following 117 years as a league club in Scotland Cowden have found themselves in the 5th tier of the Scottish pyramid following relegation from League 2 last season (replaced after a play off by Bonnyrigg Rose Athletic).
Celtic, Rangers and Hearts will controversially all field B teams in the Lowland League next season  (although they cannot be promoted) while unfamiliar names such as East Kilbride, Edinburgh University, Cumbernauld Colts, Gala Fairydean Rovers, and former league clubs East Stirlingshire and Berwick Rangers, will all face Cowdenbeath in the 19 team Lowland division.
It might be the Celtic youngsters Cowdenbeath are kicking off against this season but it is maybe appropriate as Celtic FC have played their part in the self styled Blue Brazil's history.
Cowdenbeath had met Celtic in the league home and away during the Fife side's halcyon periods in the Scottish top flight in separate spells in the 1920s and 1930s but after WW2 meetings between the sides were mostly limited to domestic cup matches.
The Scottish League Cup Quarter Finals of season 1958/59 was such a case and the 2nd Leg tie at Central Park was also a landmark for Cowdenbeath as it was the first time the club had appeared on television.
Commercial channel Scottish Television had first appeared on screens in 1957 and their Scotsport midweek programme captured highlights for later that evening from this match that kicked off at 5.40pm as Cowdenbeath didn't yet have floodlights at their ground (which was completed in 1917).
Celtic arrived leading 2-0 from the first match between the sides in the east end of Glasgow but there was local hope that Cowden could turn the tie around. They had, after all, been the first non top division side to beat Rangers at the same stage of the League Cup in 1949, but their 3-2 Ibrox win was overturned by Celtic's great rivals in the 2nd leg for a 5-4 aggregate after extra time. Could Cowdenbeath provide their shock in reverse this time and progress to the last four?
Celtic certainly didn't take their lowly Second Division opponents lightly and Duncan MacKay and Billy McNeill were excellent in their defending as Cowden tried to eat into the visitor's advantage early on but by the 5th minute Celtic were in front on the night. Sammy Wilson scored first and Bertie Auld supplied the cross for John Colrain to make it 2-0 for the visitors. Celtic then went six goals up by half time with a devastating four goal spell with two more from Wilson, a bullet from Auld and an own goal after Fernie had bamboozled the home defence. The hoops took the foot off the gas in the second half ,as the 10,000 attendance watched on, adding only two more (scored by Colrain and Wilson) to end up with a 8-1 win (Craig scoring for Cowdenbeath near the end) and a 10-1 progression on aggregate to the semi-finals.
If the STV cameras had come in search of a giantkilling act they left with plenty of Celtic goals for the 10.30pm edit.
Incidentally, Scotsport would end up running until 2008 as part of STV output, a full 50 years after their early effort at cup football coverage at Cowdenbeath 1-8 Celtic.
Ten years after their League Cup midweek drubbing those Cowdenbeath floodlights would finally be established with the big switch on coming in late 1968 as Jock Stein brought a Celtic XI to Central Park for a friendly to celebrate the first night of 7.30pm kick offs at the stadium.
The hoops had become the first British club to win the European Cup the year before with a famous victory over Inter Milan and were on a domestic league run that would see 9 titles in a row until Rangers broke the sequence in 1975.
The Celtic side on the night featured an up and coming reserve player called Kenny Dalglish at number 4 with two other youngsters called Lou Macari and David Hay at numbers 10 and 5 respectively. All three would go on to become Celtic legends and grace the English game in the 1970s too. Dalglish became as synonymous with Liverpool as he was with Celtic while Macari played for Manchester United and tough tackling Hay was a Chelsea stalwart.
The floodlight match in 1968 ended 1-1 in front of 3000 fans with Jock Stein performing the Half Time draw on the pitch.
It was something of  a surprise when Cowdenbeath were promoted to Scotland's top division in May 1970 but that meant Celtic would return to the Fifers fixture list in league action in season 1970/71.
1970 saw Celtic appear in their second European Cup final (lost to Feyenoord), so it was a tough ask for the only part-time team in the then 18-team Scottish First Division to get even a point from their two league games against the hoops.
Celtic beat Cowdenbeath 3-0 at Parkhead and 1-5 at Central Park in 1970/71, but nobody could have predicted back in those heady days for the east of Scotland club that Cowden would not return to the top flight, and indeed be playing Celtic's youngsters 51 years later as a non league side. 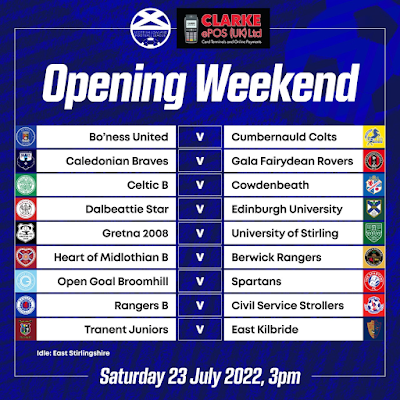 By Alex Horsburgh, written for @TFHB.
©The Football History Boys, 2022
(All pictures borrowed and NOT owned in any form by TFHB)
Scottish football