By Gareth Thomas - February 01, 2022
The World Cup anthem containing a national team trying to look like pop stars can be cringeworthy or just a bit of pre tournament fun, depending on your point of view, but will Scotland enjoy another hit on the road to Qatar 2022? @AlexHTheMAX counts down his Top 5 most memorable Tartan Army/Scotland squad efforts.
1. World Cup 1982: B.A. Robertson 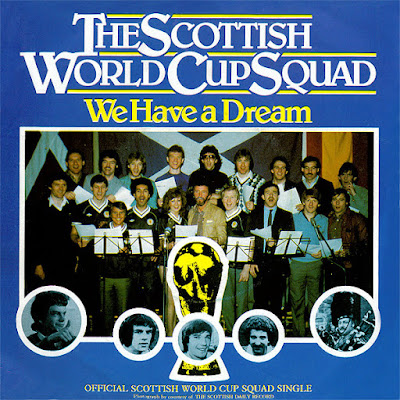 40 years ago Scotland were getting ready to show up at their third World Cup in a row, with the finals being held in Spain. They were accompanied by an official anthem written by one of Scotland's biggest, and maybe most under rated, musical exports.

Robertson was tasked with writing a song for the Scotland team's appearance in Spain, where they would face New Zealand, Brazil and the USSR in the opening group stage. The singer-songwriter did not disappoint with the gloriously theatrical, comical and tongue in cheek ''We Have A dream'' proving to be a winner which is still remembered to this day by the Tartan Army. It reached number 5 in the UK charts and largely broke the mould when it came to football anthems.

Glasgow actor John Gordon Sinclair, who had starred in the popular football based film ''Gregory's Girl'' in 1980, featured as the front man for the song playing a Scotland fan who dreams of starring at the finals as part of the Scotland team of the day with Robertson himself acting as one of the backing vocalists.

Sadly, the song couldn't inspire a Scotland squad featuring Graeme Souness, Gordon Strachan and Alan Rough beyond the First round in Spain despite a hefty 5-2 opening win against New Zealand.

Robertson would continue as a songwriter, actor, TV presenter and performer throughout the 80s and 90s and would be nominated for a Grammy for song of the year after penning the worldwide Mike and the Mechanics hit ''The Living Years'' in 1990.

The West of Scotland native is still working in the music industry and divides his time between London, LA and Dublin and it's likely ''We Have A Dream'' will still feature on the Hampden playlist when Scotland take on Ukraine.
2. World Cup 1978: Andy Cameron 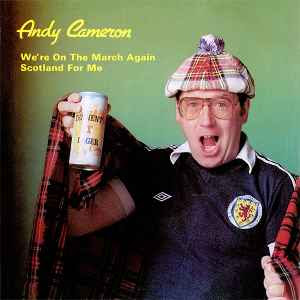 Glasgow comedian and Rangers fan Andy Cameron caught the mood of the nation at the time with "Ally's Tartan Army",  which was based on an Irish rebel song adopted as a football chant by Celtic fans, which was in turn adopted from the American Civil War Song "Tramp!, Tramp!, Tramp!".

Ally MacLeod's adventure with Scotland in Argentina was tragi-comedic after an inspiring qualification campaign, which saw a great Welsh team and European Champions Czechoslovakia dispatched on the way to South America.

While the bouncy A side caught on with the entire UK,and got Cameron a much sought after Top of the Pops appearance, the original B side was equally popular with many north of the border with "Ah want tae be a punk rocker" parodying the Punk Rock cultural explosion of the time. 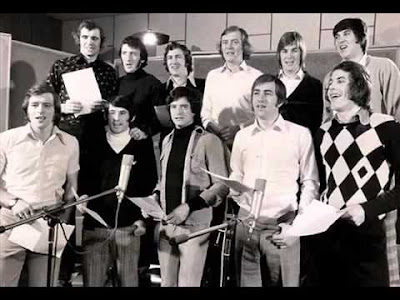 "Yabba dabba doo we support the boys in blue and it's EASY EASY" was the kind of lyric which was never going to win a Grammy award. However, it was what every school kid in Scotland was singing in 1974, as Scotland marched off to their first World Cup since 1958 as the then West Germany awaited a Tartan Army invasion.

If it sounds like the Bay City Rollers, it's because Phil Coulter and Bill Martin wrote this under rated football anthem and both writers were behind BCR originals during the Scottish boy band's halcyon days of the mid and late 70s.

"EASY EASY" reached number 20 in the UK singles chart in 1974. Although it wasn't an easy tournament for a national team containing the likes of goalkeeper David Harvey of Leeds Utd, winger Willie Morgan of Man U and, incredibly, Jimmy Johnstone of Celtic, as an unused sub in all three games, the Scots did return home undefeated after opening group draws with Brazil and Yugoslavia.

The Scots downfall came largely due to the fact they only beat Zaire 2-0 in their opening match, with goal difference then eliminating Willie Ormond's team, after Brazil beat the former Belgian Congo 3-0 and Yugoslavia hammered the African World Cup rookies 9-0.
4. World Cup 1978: Rod Stewart 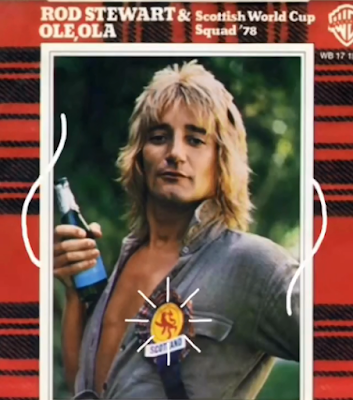 Scotland had two World Cup songs fighting it out for sales in 1978, such was the hype around Ally MacLeod and arguably the best post-WW2 Scottish national team. Certainly for the year leading up to the fateful game v Peru in Argentina, as England (for the third time in four years) and European Champions Czechoslovakia were swept aside and future World Champions Argentina were held 1-1 in South America in a pre World Cup "Challenge match".

No surprise then that Rod Stewart weighed in with "Ole Ola" although the song, which reached the top 5 in the UK charts, was largely over shadowed by Andy Cameron"s catchy anthem based on a former American Civil War call to arms.

Kenny Dalglish, Joe Jordan, Danny McGrain, Willie Johnston (ironically, given the fact he was later sent home from Argentina), Lou Macari and Martin Buchan are all name checked in a tune which is a homage to South American musical styles, but "Ole Ola" remains as another strange artefact in the bizarre collection of time capsule odds and sods that is Scotland's 1978 World Cup campaign.
5. World Cup 1998: Del Amitri 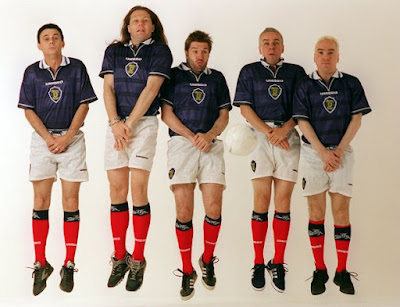 Understated to the point of sort of saying "Please, just win ONE game Scotland", the song "Don't Come Home Too Soon" by Scots rockers Del Amitri is so different in mood from 20 years before when Andy Cameron predicted World Cup glory for the Scottish national team in Argentina and Rod Stewart was hanging out with the squad.

Stewart also had the honour of being carried shoulder high on tbe pitch (or what was left of it after the Scots 1-2 win) by the Tartan Army after the infamous 1977 Wembley weekend.

Scotland had competed in seven World Cup finals pre-France 1998, failing to get beyond Round 1 in any of them, and they had missed out on qualification for World Cup USA in 1994. So ultra caution took over from unbelievable hype as Justin Currie and his band mates took a melancholic approach to the inevitability of glorious failure against Brazil, Norway and Morocco in the last finals of the 20th Century.

The song was a downright dirge compared to previous Scotland anthems but Del Amitri are forgiven as the rest of their back catalogue is so good.

For the record, at France '98 it was a narrow 2-1 defeat v Brazil (Tom Boyd OG for the winner), an encouraging 1-1 draw with a good Norwegian side who took the lead, and then a massive let down as Craig Brown's side crumbled in the final group fixture 0-3 v Morocco, who everyone under rated pre-match except Brown himself.

No doubt a song for Qatar 2022 is being written by a Scot somewhere, but hold on, there's still the matter of Ukraine and Wales before Scotland can even think about a return to the heady days of the World Cup anthem.
By Alex Horsburgh, written for @TFHB.
©The Football History Boys, 2022
(All pictures borrowed and not owned in any form by TFHB)
Scottish football The World Cup