By Gareth Thomas - November 28, 2021
The story of North Wales' historic side, Wrexham AFC, has captured the footballing world in recent months. Hollywood stars Ryan Reynolds and Rob McElhenney took control of the football club officially in February 2021 and proffessed their ambitions of taking Wrexham to heights they had not seen for decades. Finlay Stanley (@AFCFinners) has written for us about one previous time that Wrexham stunned football... 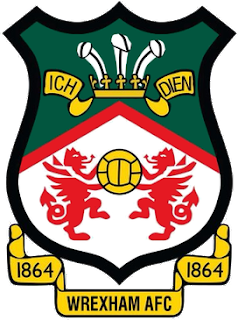 We all love a good cup upset. Seeing a team from the lower leagues defeat one of the best teams in the country is one of the sport’s favourite pastimes. But one of the greatest cup upsets in Welsh football history came from Wrexham AFC. And this wasn’t in the FA Cup, nor the league cup. Fourth-tier Wrexham produced an incredible upset on the European stage.

In the 1980s, they qualified for the European Cup Winners’ Cup, and would face FC Porto in the competition. It was the ultimate David VS Goliath encounter, that has gone down in history.
In 1984, Wrexham AFC had to apply for re-election to the football league, and in May of that year, they would lose the Welsh Cup final to Shrewsbury. Wrexham would however, qualify for the UEFA Cup Winner’s Cup as a result, due to Shrewsbury being ineligible for the competition. It was a strange way for a club to enter Europe, but Wrexham didn’t mind.

I suppose that the “UEFA Cup Winners’ & Cup Runners’ Up & Shrewsbury Replacement Service Cup” doesn’t quite have the same ring to it!
Wrexham were at the time, skint, and stuck around the foot of the football league. Long ago were the days of the 1970s where they reached the quarter-finals of the Cup Winners’ Cup and were in the second division.

An embarrassment seemed to be on the horizon for Wrexham when they were drawn against FC Porto. Porto at the time were one of the best sides in Europe, who had narrowly lost the previous year’s Cup Winners’ Cup final, won the 1984 Portuguese Cup, and had provided nine players to the Portuguese national team who reached that year’s European Championships semi-finals... Wrexham, meanwhile, only had 13 professionals in their team.

Whilst a walkover was anticipated, Wrexham manager Bobby Roberts was cautiously optimistic. Alex Ferguson provided Roberts with videos of Porto he had used to study them for when his Aberdeen side faced them the previous year. It was clear from the videos that Porto’s weakness was in dealing with crosses. Roberts made a note of this, keen to exploit it.
In front of a crowd just short of 5000, the first leg took place at Wrexham’s Racecourse Ground. Many in the crowd saw it as a nice one-off, an opportunity to welcome some top-quality European players to north Wales, and wonder what the opposition players thought of Welsh rarebit.
This night would indeed be one to remember, but not how people expected it to be. Anybody who had written Wrexham off had done so at their peril. In the sixth minute, Wrexham made a statement of intent, when Jim Steel headed against the crossbar. It showed the Portuguese outfit that Wrexham were not just there to make up the numbers.

Porto fought hard to try and meet expectations, hitting the woodwork three times. But in a tight encounter, neither side seemed to be able to find that crucial goal.

But in the 77th minute, John Muldoon had the ball out wide. He crossed it into the box, and lurking in the middle was Jim Steel. He headed the ball into the net, and Wrexham had a shock lead.

In the time that remained, the sheer shock got the better of the Portuguese side. Porto could not find an equalizer. Wrexham had defeated Porto. Wrexham could hold their heads up high, no matter what happened in the second leg.
Wrexham travelled to Porto for the second leg, hoping they could hold out their opponents and advance against the odds. But Porto were finally reading the script.

Porto netted three times in the first 37 minutes. It seemed as though the dream was over, and Wrexham’s first leg win was nothing more than a brief beacon of hope. But Wrexham were not defeated yet...

Before half time, new life was breathed into Wrexham, when Jake King netted a brace. Wrexham were now ahead on away goals. It was game on.

The teams emerged for the second half to decide the tie. But Wrexham’s hearts were broken again when on the hour mark, Porto scored again to make it 4-2. Goalkeeper Stuart Parker was needed many times to prevent Porto from sealing the game once and for all.

Wrexham only had minutes to save themselves, but suddenly a familiar pattern of play occurred.

Just as in the first leg, John Muldoon had the ball on the right-hand. He crossed it into the box, where Barry Horne was lurking. Horne stretched out a leg to meet the ball, and got a slight touch on it, which sent the ball above the onrushing keeper and into the back of the net. Wrexham were back in pole position. And this time, Porto didn’t have an answer.

Full-time soon followed, and Wrexham were through to the next round. The men from North Wales had pulled off a miracle. They had knocked out one of Europe’s best, despite being around the bottom of the fourth tier. European football had never seen anything quite like it.
In the next round, Wrexham would face Roma. Unfortunately, it soon turned out the win over Porto was a flash in the pan, as the Italians emerged as 3-0 winners on aggregate. Wrexham were out, but they had formed memories that would last for a lifetime.

Wrexham were soon bought back down to earth after the victory. They would only win 5 more games after knocking out Porto, and come march, Roberts was sacked. It was a sorry end to the manager who had masterminded one of football’s great upsets.

But the memories from that night in Porto will never be forgotten. Wrexham defied all the odds to pull off what some may see as the biggest upset in European football history. It is a story that does not get the attention it deserves, as there has never quite been big a margin between the losers and the winners in a European tie.
A fourth-tier side knocking one of the best sides in Europe out of a cup is an imponderable dream, one that we will never see again. That night in Portugal will forever form a part of Welsh footballing folklore, and nobody will ever be able to take it away from the Red Dragons of Wrexham.
By Finlay Stanley, written for @TFHBs
©The Football History Boys, 2021
(All pictures borrowed and not owned in any form by TFHB)
Welsh Football