By Gareth Thomas September 16, 2021
In the early decades of international football the Welsh, English, Scottish and Irish would regularly slug it out with each other in annual fixtures.The history books show that the British Home Nations Championships were founded in 1883/84, a chance to officially record one of these teams as 'international champions'. With world football still developing in the latter part of the Victorian period, these games were really one of the most prestigious events a player could win. Finally, in 1907, with superstar 'wing wizard' Billy Meredith returning from a controversial ban, and at the 24th time of asking, Wales would win a maiden title. 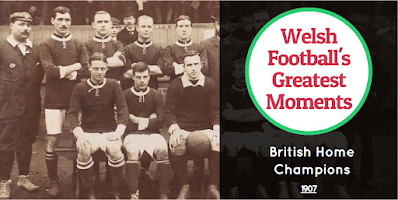