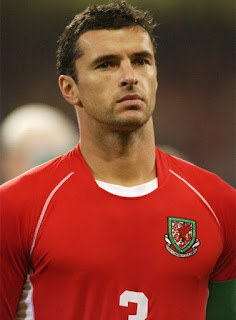 On 8th September 1969, in Flintshire, North Wales, Gary Speed was born. Speed, would win 85 caps for his country before going on to manage the nation of his birth in one of the most exciting times in Wales' history. Sadly, in November 2011, a day that will live forever in the memories of Welsh and British football fans, Gary Speed passed away at the age of 42. Countryman Ryan Giggs called him "one of the nicest men in football", whilst David Beckham remarked that: "He was an amazing and talented player, one who had a glittering career, and he had just started a great career in management". We believe Gary Speed was one of Wales' greatest ever players...

Gary Speed was born and brought up in Flintshire, pulling on a football shirt for Hawarden High School during his time there. The talented sportsman was an Everton fan as a youngster, following the club from across the border but it would be at Leeds United in 1988 that his football career would begin. Legendary Leeds manager Howard Wilkinson spotted his potential early on and the left-sided footballer was given opportunities as a teenager with the Leeds first team.

Leeds saw the versatility of Gary Speed as he featured in 25 of their fixtures during their promotion winning Football League Second Division season of 1989/1990. Leeds consolidated their place in the top flight and in the very last Football League First Division campaign of 1991/1992 (before the advent of the Premier League), Speed would play in 41 of their 42 matches. Speed's contribution helped the Whites lift the First Division title and send him down as part of Leeds United history.

Speed's Leeds career saw him a constant in the starting XI and the the Welshman was named in the Premier League's first PFA Team of the Year for 1992/1993. During his spell at Elland Road Speed played almost 250 league matches, over 300 in all competitions. 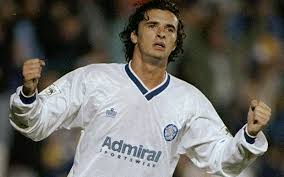 In 1996 Gary Speed was offered the opportunity to join his boyhood club, Everton. Joe Royale signed Speed for £3.5m as he was handed the number 10 jersey. Speed played 37 out of 38 Everton games in his debut season, scoring 9 times and impressing the Goodison Park faithful.

Following his fine introductory season, Speed was handed the club captaincy by new Everton manager Howard Kendall. Sadly for Speed his dream at Everton would come to an abrupt end in January of his second campaign. Kendall and Speed fell out significantly and Newcastle swooped to pay £5.5m in February 1998 to bring the left-midfielder to St James' Park. 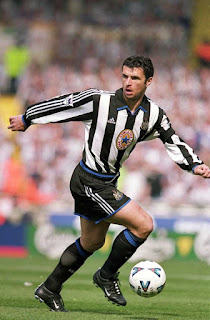 Newcastle had signed one of the Premier League's finest left-sided players in Speed and he would give six-and-a-half years service to the Magpies. Heading into the peak of his career, Speed was a regular on Tyneside, featuring in 35+ games in four seasons.

Kenny Dalglish, who signed Speed, remarked in 2011: "I knew Gary Speed as a fantastic footballer but more important than that he was a decent man". This seems to be the universal opinion of Speed and those who fans remember him in those Newcastle United days note his professionalism and likability. Speed notched another 200+ league appearances for the Toons, scoring 29 league goals as he began to cement a Premier League legacy. Sadly for Speed he wouldn't achieve FA Cup glory, finding himself as runner-up in both 1998 and 1999.

In 2003 Bolton Wanderers moved for Gary Speed, signing the Welsh international for £750,000. Sam Allardyce signed Speed and noted that: "As soon as he walked into the club he had an aura. When generally an old professional might moan and groan and say 'I don't want to do this' he just took it on board." Speed continued his reputation as Mr Consistent, recording 38, 31 and 38 appearances in his first three Bolton campaigns respectively.

This consistency earned him the honour of becoming the first player to make 500 Premier League appearances in 2006. Speed's form helped earn Bolton a 7th placed finish in 2006/2007, qualifying for the UEFA Cup in which the Trotters would progress through the Group Stage and into the knockout-rounds the following year. 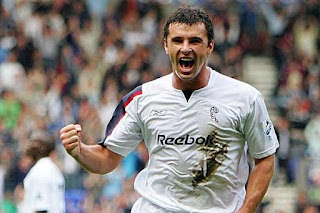 As Speed's career began to come to a close, Speed was allowed to move on loan to Sheffield United in the second tier during the 2007/2008 season. He was handed the Vice-Captaincy and played 20 Championship matches before the end of the campaign. He impressed his new employers and was signed for a small fee of £250,000.

2008/09 would be his last first season as a professional, Speed facing injury problems as his body began to let him down. Speed would still line-up in 17 games and score three times before his career came to a close and his coaching began. Speed would finish his staggering career with 671 league appearances and 104 league goals, numbers that send him down in history as one of the British game's greats.

As these series is looking at some of Wales' greatest ever players, we cannot exclude a look at Gary Speed's international career. The proud North-Walian earned caps at youth level for his country before recieving the call-up to the full squad in 1990. Costa Rica were the opponents as his first cap was recorded and the heroic Welshman would play 85 times for Cymru over the course of his career. 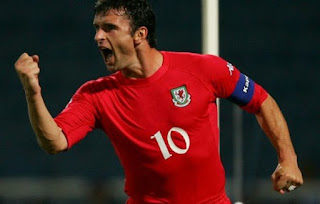 Whilst Speed's playing time with Wales did not see him reach any major tournaments, his impact on the pitch in a red shirt will never be forgotten. Speed represented Wales in every year of the 1990s and would continue to captain the side until his retirement from the international stage in 2004. Speed's 85 caps and 7 goals were vital to Wales on a numerous occasions but it was his versatility, desire, heart and leadership that will be remembered by so many. Speed helped blood in many Welsh youngsters and former teammate Mark Bowen said of Speed: "He trained like he played, he gave it 100%, he lived his life right off the field in terms of nutrition, which was new to a lot of us in those days." 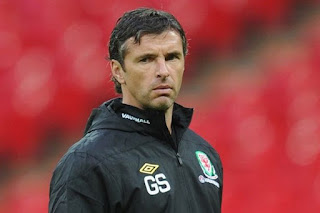 After Speed hung up his boots, a move into coaching seemed the natural step. Speed would stay on at Sheffield United to initally learn his trade; however, after Kevin Blackwell was dismissed just three matches into the 2010/2011 season, Speed would take the reigns for himself. During the 18 games Speed was at the helm, Sheffield United would win six of their matches and draw another three. Despite an unremarkable start to football mangement, Speed attracted the attention of the FAW.

Wales moved to appoint Speed to the vacant managerial position, making the move official on 14th December 2010. In his first game in charge of his beloved Wales, Speed's men would record a 3-0 victory over the Republic of Ireland, stirring hope amongst the nation. The previous years had been difficult for the Welsh, the country slipping to its lowest ever FIFA ranking of 117th. However, under Speed the tide began to change.

Speed would win 5 of his 10 matches as Wales gaffer, going on to beat Montenegro, Switzerland, Bulgaria and most notably the 4-1 demolition of Norway. BBC Sport would class this as 'Wales' renaissance' (re-birth) and the Welsh shot back up the FIFA world rankings. In 2011 the Red Dragons would be classed as the 'Biggest Movers' of the year and hope was burning anew for the everyone across Wales, could Speed take us to a major tournament?

I will never, ever forget the day Gary Speed passed away. In my first year at Swansea University, on Sunday 27th November, my phone would buzz with the Sky Sports notification that Gary Speed had died. I had to sit down, I could not take it in and alongside a fellow passionate Wales fan we just sat in silence and disbelief. Not only was Gary Speed giving the whole of the Welsh nation hope, but he was one of the nicest men in football.

Tributes poured in for Gary Speed, just 42-years-old. Robbie Savage, Dean Saunders and fellow ex-pros passed on heartfelt memories of their former-teammate, whilst Sky Sports reporter Bryn Law famously broke down reminiscing upon his good friend. The shockwaves rippled for many months and a memorial match held against Costa Rica (whom Speed had debuted against) was an incredibly emotional affair. 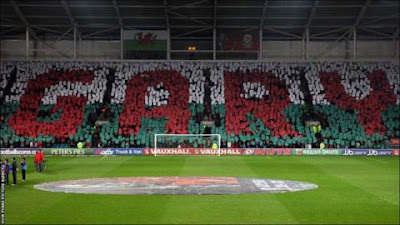 Following Speed's passing, Chris Coleman took the unenviable task of picking up the players as new Welsh manager. Coleman's time at Wales saw the most successful spell for the country since the 1950s and Gary Speed's work had undoubtedly started this revolution. Gary Speed was a Premier League and Wales legend, without doubt one of Wales' greatest ever!